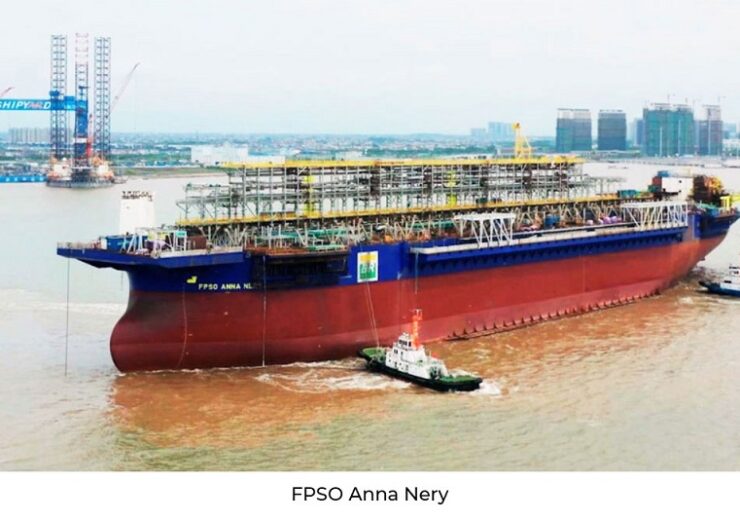 The LOIs were issued to Yinson Production Pte Ltd, an indirect wholly owned subsidiary of Yinson. Following the LOIs, Yinson Bergenia Production B.V, a Netherlands-incorporated indirect subsidiary of Yinson will enter into a charter contract for the provision of the FPSO, while Brazil-incorporated wholly owned subsidiary Yinson Bergenia Serviços de Operação Ltda will enter into a contract for the asset’s operations and maintenance.

The estimated aggregate value of the contracts is equivalent to USD5.2 billion. The contract period is for 22.5 years from the date of the final acceptance.

IPB FPSO will be Yinson’s second vessel to operate in Brazil waters, with the first being FPSO Anna Nery, which was awarded to Yinson by Petrobras in October 2019. FPSO Anna Nery is currently under construction in Cosco Changxing, China, and is on track to be operational in 2023 in the Marlim field, located in Northeastern part of the Campos Basin.

Yinson Group Chief Executive Officer Lim Chern Yuan said that the Group is well-positioned to take on the IPB FPSO project, as it had successfully strengthened its resources, capacity and expertise in Brazil over the past few years.

“Brazil is a region of paramount importance to Yinson and we are committed to giving our very best in order to contribute to the advancement of the country’s energy industry. We are pleased that the efforts we have put into building our presence in Brazil has created synergies that will allow our Brazil-based projects to achieve greater efficiencies, creating greater value for all our stakeholders,” commented Lim.

Yinson Production Offshore Chief Executive Officer Flemming Grønnegaard said, “The team has gained valuable skills and experience through our existing activities in Brazil and has also thus far been able to adapt and innovate to overcome the many challenges brought about by the pandemic and uncertain global economic situation. With this experience, we are stronger than ever and ready to demonstrate once again that we can successfully deliver a world-classed FPSO project.”

Flemming added, “Yinson and Petrobras have jointly committed to implementing a low emission design into IPB FPSO towards mitigating the world’s climate change issues. Together, we are excited to pioneer some sustainable design concepts that we believe will pave the way for the industry to significantly reduce its environmental impact.”