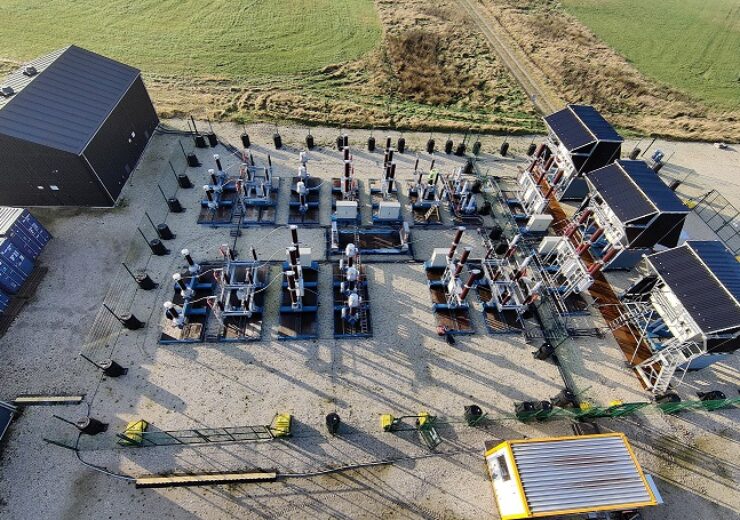 With the next generation of offshore wind turbines set to become even bigger, with associated increases in power output, windfarms are using ever higher voltages to achieve efficient power transmission through the long cables required to bring the power generated ashore. The new R&D FRT test system now allows turbines to be tested directly at the operating voltage of 66 kV, avoiding any set-down transformer converting the test setup to 33 kV.

“The 66 kV output voltage rated test equipment that was needed was not available on the market.  We applied our engineering expertise in large-scale wind turbine tests for the onshore and offshore drive trains and the requirements for grid compliance this new FRT test rig,” said Sascha Heinecke, Sales Director at R&D Test Systems.

“We believe the FRT Test equipment at these high voltages will become standard in the future. As offshore wind turbines will play a significant role in the supply of electricity, testing at extreme voltages will become crucial in proving that a wind turbine type will connect to the electric grid without any hitches. Proving grid compliance is pivotal,” added Heinecke.

The point of FRT testing is to prove that wind turbines are resilient to grid power quality issues such as when power transmission cables are damaged in a storm. The test is designed to ensure that the generating units, increasingly located out at sea, do not fail due to voltage variations in the power transmission network – a scenario that could lead to costly downtime, maintenance and, in extreme situations, power outages.

“The test system can simulate power interruptions as well as over- and under-voltage in the transmission network to monitor how the wind turbine reacts,” said Heinecke. “This can range from zero voltage for several hundred milliseconds to over-voltage of 120 percent for hours, and includes asymmetrical imbalances between the electrical phases, classified as Bollen C and Bollen D. The tests conducted have been designed to exceed the strictest grid code, and the turbine must maintain its link to the power transmission network to pass the test and gain type approval for connection to the electric grid,” explained Heinecke.

R&D designed the 66 kV FRT system to cope with the varying grid standards within Germany, Spain, the United States and Canada, to guarantee it can ensure compliance with different international grid standards.

“This is important as R&D Test Systems is in no doubt that that the demand for these test systems will increase in the future as offshore wind capacity increases and grid compliance tests at high voltages are required,” added Heinecke.

Delivering the 66 kV FRT test system took over 12 months and employed a multidisciplinary team of electrical, software, and mechanical engineers with specialist skills in wind turbine testing. R&D has 15 years’ experience of designing and building test equipment for the sector.

This expertise in what is still a relatively new field offers a benefit to manufacturers that partner with the Danish company. Type approval for wind turbines is mandatory but the value of this test equipment can be maximized for example through its ability to test grid codes for many countries.