The first blade, which weighs 35 tons and measures 85m long, consists of materials produced in Taiwan and was manufactured in the 210,000 square metre manufacturing facility located in Taichung, central Taiwan. 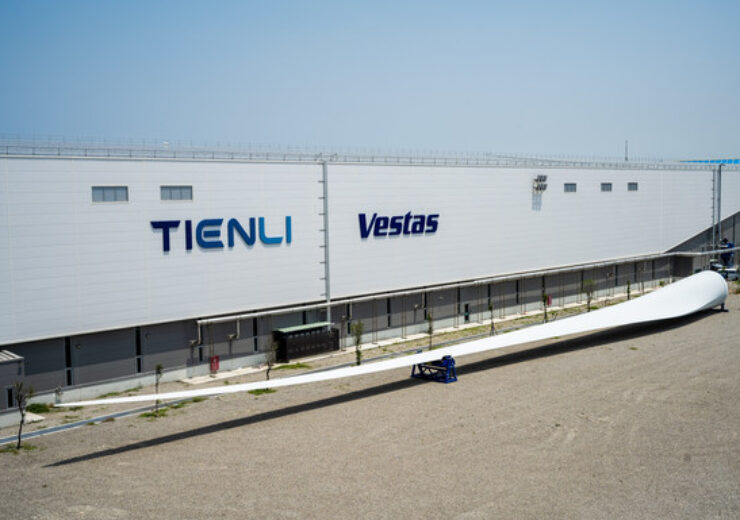 Vestas has together with its partner Tien Li Offshore Wind Technology (Tien Li) produced the first V174-9.5MW blade at our facilities in Taiwan, reaching another milestone in the localizing of the V174-9.5MW™ offshore turbine in Taiwan. The blades will be installed in 2022 at Copenhagen Infrastructure Partners’ Changfang offshore wind project and is the result of close collaboration with local suppliers and investments in local capabilities.

The first blade, which weighs 35 tons and measures 85m long, consists of materials produced in Taiwan and was manufactured in the 210,000 square metre manufacturing facility located in Taichung, central Taiwan. The production facility, which currently employs over 400 people, is ramping up production to meet demand from announced offshore wind projects in Taiwan.

“Blades are the most technically complex part of our turbine to manufacture,” says Michael Balvers, COO at Vestas Asia Pacific. “Producing these offshore blades for the first time in Asia Pacific has not been without challenges, but with the help from our launch team from Ahmedabad, India and support teams from all over APAC and Denmark we have overcome these challenges and we produced the first blade in Taiwan in a safe way and quality that Vestas is known for.”

“The completion of the first locally produced V174-9.5 MW blade is a huge achievement for Taiwan’s growing wind industry,” said Alex Robertson, General Manager at Vestas Taiwan. “Vestas continues to invest substantial resources in developing our supply chain in Taiwan, with the blades production being the most tangible result.”

Dennis Sanou, CEO of the Changfang & Xidao Projects that will be using the first Taiwan-made blades, says: “This is a tremendous milestone involving technology transfer and talent cultivation driven by Changfang-Xidao and Vestas’ commitments to building a local supply chain. We would like to congratulate our partners, Vestas, and Tien Li, for successfully realising local blade production ahead of the government’s expected schedule with international market quality standards. We look forward to the timely delivery of other localised components to our windfarm.”

“The first Taiwan blade completion is Tien Li’s critical milestone, and also a big step for Taiwan offshore wind industry. The completion overcame many challenges, such as lack of raw materials for factory construction, the COVID impact and boundary restrictions that limit sending our engineers and also the supporting resources came in, especially at the technical transferring process. Even though, we held the strong belief and commitment to solve all the problems and made the first Taiwan blade happened. It’s our honour as the partner in this meaningful project,” says KD WU, Chairman of Tien Li.

Vestas has been active in the Taiwan market for more than two decades, with the first V47 installed in 2000. Vestas is currently working on an offshore project capacity of almost 1.2 GW in Taiwan. Currently, there are 125 Vestas employees in Taiwan.