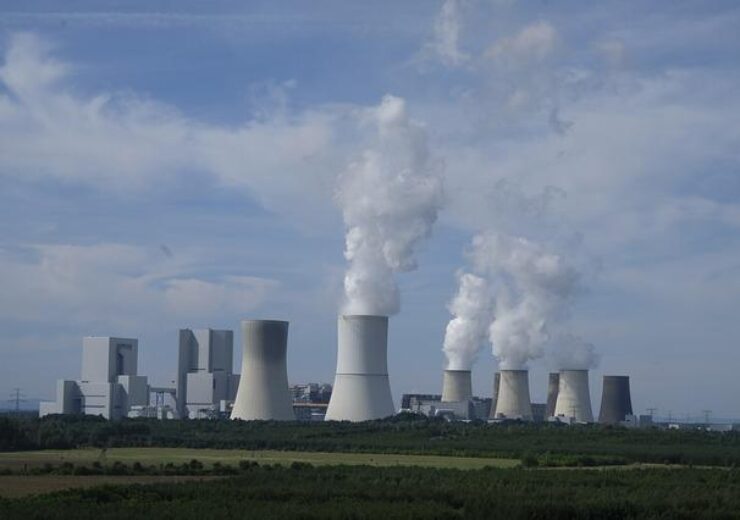 At the G7 Leaders’ Summit in Schloss Elmau, President Biden laid out the Administration’s whole of government effort to execute the Partnership for Global Infrastructure and Investment (PGII) to narrow infrastructure gaps around the world, strengthen the global economy and supply chains, and advance international security through strategic investments. As a key demonstration of this commitment, President Biden announced another milestone in the United States’ support for clean energy innovation as part of global efforts to combat climate change.  The United States is committing $14 million toward a Front-End Engineering and Design (FEED) study to provide the basis for the deployment of a small modular reactor (SMR) power plant in Romania.  This action is the next step in fulfilling the pledge made by Special Presidential Envoy for Climate John Kerry and Romania President Klaus Iohannis at the 2021 UN Conference on Climate Change in Glasgow (COP26), where they announced their intent to deploy an SMR in Romania in partnership with U.S. firm NuScale Power LLC (“NuScale”).

This 8-month effort, expected to cost $28 million in total and to include contributions from Romania SN Nuclearelectrica and NuScale, will provide Romania with key site-specific data – cost, construction, schedule, and licensing details – necessary for the deployment of a NuScale VOYGRTM-6 SMR nuclear power plant.

Special Presidential Envoy for Climate John Kerry said: “Nuclear energy, including small modular reactors, represent a critical tool in the fight against climate change, and can also enhance energy security and boost economic prosperity.  This is a strong step forward in support of Romania’s desire to deploy innovative, safe, and zero-emissions nuclear energy in partnership with the United States.”

“This latest commitment demonstrates the strength and importance of Transatlantic relationships in the pursuit of regional security and energy independence,” said Assistant Secretary of State for International Security and Nonproliferation Eliot Kang.  “It also underscores the critical need for nuclear energy, carried out under the highest standards of safety, security and nonproliferation, as a key component of the clean energy transition.”

When fully implemented, this multi-billion-dollar effort will showcase the ability of advanced nuclear reactors to replace coal generation with clean, innovative nuclear energy, while creating thousands of jobs, and reaffirming the fact that climate change initiatives and sustainable economic growth go hand-in-hand.  By partnering with the United States, Romania is also ensuring its investments in nuclear energy uphold the highest standards for nuclear safety, security, and nonproliferation, while contributing to the consolidation of energy security in the region.

Enoh T. Ebong, Director of the U.S. Trade and Development Agency, said: “Our partners in Romania and across Eastern Europe require the scaling of existing project preparation efforts to meet the region’s longer-term energy security needs.  This FEED study would build upon USTDA’s existing commitments to deploy cutting-edge U.S. SMR solutions to the region, including grant funding for a study that helped Romania identify and assess several locations where existing coal-fired power plants could be replaced with SMR plants.  Our engagement is having the intended result of creating new business opportunities for U.S. industry in an important market and advancing energy security across the region.”

“Romania is an exemplary partner in our mutual pursuit of Transatlantic peace and security, as well as in global efforts to combat climate change,” said Deputy Assistant Secretary of State for European and Eurasian Affairs Robin Dunnigan.  “Through its pledge to deploy U.S. small modular reactor technology, Romania is not only reinforcing its strong relationship with the United States through civil-nuclear cooperation, but also setting an example for others to follow on the capabilities of clean energy technologies and advanced nuclear reactors to facilitate our transition away from fossil fuels.”

SMRs offer lower costs, more scalability and flexibility than traditional nuclear reactors, and the ability to complement other clean energy sources.  SMRs have a small environmental footprint and can be deployed to match the specific needs of a country’s power grid.  Investing in SMRs creates good paying jobs in host countries and offers the ability to scale-up quickly as demand dictates.