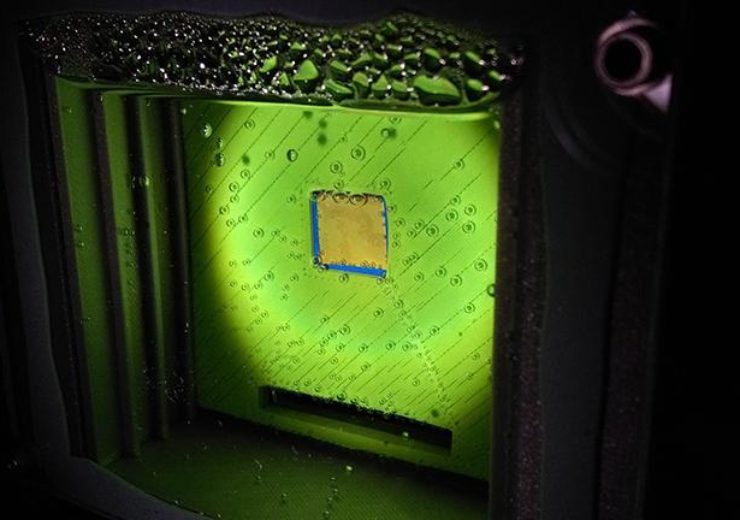 Image: The new fuel-producing artificial plant does not release any additional carbon dioxide into the atmosphere. Photo: courtesy of University of Cambridge.

Researchers from the University of Cambridge in the UK have developed an artificial leaf that uses only sunlight, carbon dioxide and water to produce clean gas.

Said to work efficiently even on cloudy and overcast days, the artificial leaf mimics the photosynthesis process used by the plants to turn CO2 into food using the energy from sunlight.

Cambridge’s Department of Chemistry senior author Erwin Reisner said “You may not have heard of syngas itself but every day, you consume products that were created using it.

“Being able to produce it sustainably would be a critical step in closing the global carbon cycle and establishing a sustainable chemical and fuel industry.”

The syngas produced by the artificial leaf can be used to develop a sustainable liquid fuel alternative to petrol, the researchers said.

Once immersed in water, the device’s one light absorber produces oxygen using the catalyst while the other absorber undertakes the chemical reaction that reduces CO2 and water into carbon monoxide and hydrogen, forming the syngas mixture.

Carried out in the Christian Doppler Laboratory for Sustainable SynGas Chemistry in the University’s Department of Chemistry, the research was co-funded by the Austrian government and the Austrian petrochemical company OMV.

OMV senior advisor Michael-Dieter Ulbrich said: “OMV has been an avid supporter of the Christian Doppler Laboratory for the past seven years. The team’s fundamental research to produce syngas as the basis for liquid fuel in a carbon neutral way is ground-breaking.”

The team is now considering ways to produce a sustainable liquid fuel alternative to petrol using their technology.

Reisner added: “What we’d like to do next, instead of first making syngas and then converting it into liquid fuel, is to make the liquid fuel in one step from carbon dioxide and water.

“There is a major demand for liquid fuels to power heavy transport, shipping and aviation sustainably.”