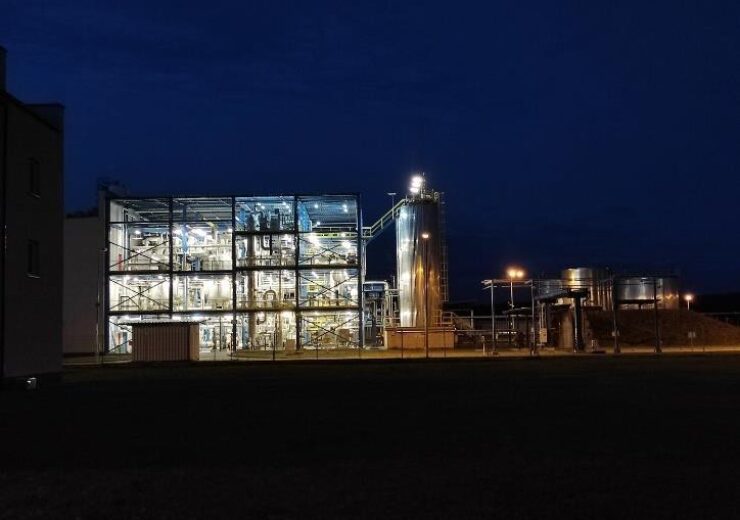 UGI International (“the Company”), European subsidiary of UGI Corporation (NYSE:UGI), one of the world’s largest LPG distributors, today announced a new supply and development partnership with Ekobenz, a Polish technology specialist in catalytic conversion of bioethanol to bio-gasoline and bioLPG.

Per the terms of the agreement, UGI International has secured the exclusive rights to Ekobenz’ supply of bioLPG, a renewable form of propane-butane produced from advanced bioethanol.

The primary raw material to produce bioLPG is the conversion of organic material derived from industrial waste, unsuitable for use in human and animal food chain. The product can be used by all of UGI International’s existing LPG entities operating across Europe, and significantly boosts the company’s portfolio of sustainable fuels.

As well as providing a platform for the growth and wider uptake of bioLPG through UGI International’s strong market presence in Europe, the company is also committed to playing a crucial role in enabling its customers to decarbonise their operations to support the goals of the Paris agreement to achieve net zero carbon emissions by 2050.

The move also signifies UGI International’s leadership in supporting emerging technologies that have the potential to transform and decarbonise a sector that has been traditionally heavily reliant on fossil fuels. The unique properties of bioLPG mean that it can be easily combined with traditional conventional LPG and used across the same applications, diluting the carbon footprint per litre and offering a greener alternative that can be used in exactly the same way by customers.

Ekobenz is the first and currently only company in Europe that has succeeded in commercialising bioLPG production based on advanced bioethanol produced from waste. The first shipment of bioLPG from Ekobenz’ state of the art research facility in Bogumiłów, Poland, is expected to arrive in Sweden in the spring of this year.

The partnership with Ekobenz is one of several initiatives which support UGI International´s ambition of aligning and, where possible, surpassing those sustainable targets as set in the EU’s Renewable Energy Directive II (RED II) guidance protocol.

Liquified Petroleum Gas (LPG) is most commonly used for industrial processes, off grid heating and as a transport fuel. In general, conventional LPG contains less sulphur than other fossil fuels resulting in cleaner combustion, higher efficiency, and less required maintenance. BioLPG’s sustainable properties compared to its non-bio counterpart is further strengthened by the fact that Ekobenz uses advanced bioethanol, produced from waste and residues as feedstock in its production.

“Ekobenz is an excellent opportunity for us to benefit from one of the emerging pathways to a more sustainable future. This initiative is one of many options we are currently pursuing on the path to securing the production of renewable fuels. It is complementary to other business activities in UGI International, which also include renewable wind power and existing bioLPG currently supplied in the Nordic region of Europe. We will continue to ask our Business Development Group to cast the net far and wide to ensure we partner up with the most advanced and appropriate technical initiatives emerging in the market.”

“As highlighted by Roger, our increased focus in the bioethanol space represents a major step forward in our relentless search for new and innovative technologies to support our customers on the path towards a more sustainable future.

“As one of the world’s largest suppliers of LPG, we consider it our mission to be an innovator in offering customers greener and cleaner LPG fuels. The proprietary technology employed by Ekobenz produces very high-quality products at a moderate cost, paving the way for large scale, commercial production which can be easily expanded in Europe. Together it’s our ambition to pioneer affordable bioLPG for the foreseeable future.”

“Therefore, Ekobenz as a producer of renewable fuels and UGI as a leading LPG distributor meet the conditions for a highly successful partnership which can protect the climate and achieve zero emissions in 2050. ”