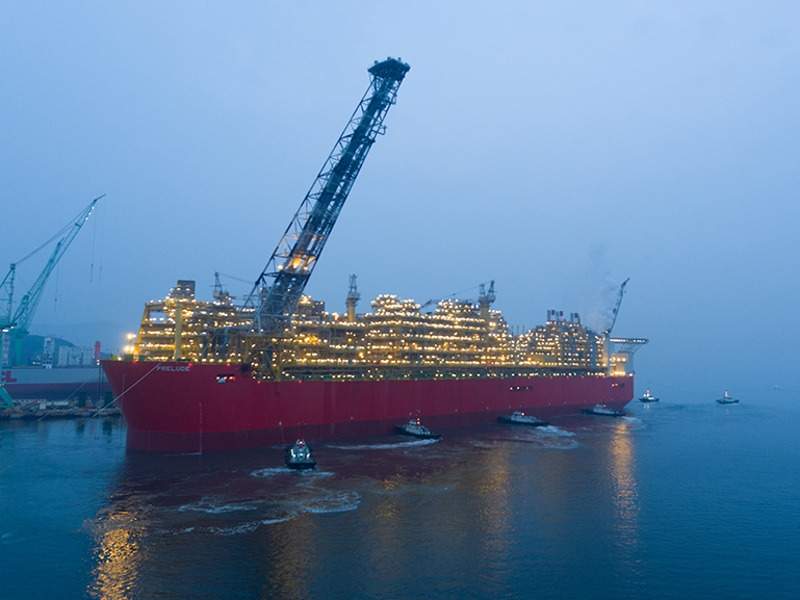 Russia and Iran have the world's largest reserves of natural gas, while the US produces the most (Credit: TechnipFMC)

The fossil fuel is formed as a result of exposure of layers of decomposing plant and animal matter to intense heat and pressure under the surface of the Earth over millions of years.

With a production of 734.5 billion cubic meters (bcm) in 2017, the US is the top natural gas-producing country in the world, though it does not lead the way in terms of reserves, according to BP’s 2018 Statistical Review of World Energy.

At the end of 2017, the country’s natural gas reserves stood at 8.7 trillion cubic meters (tcm), spurred by a marked increased in the exploration and development activities of its shale formations over the past two decades.

Major shale formations in the country include The Barnett play, located in Texas and Montana, Haynesville in the Texas-Louisiana Salt Basin, Marcellus Shale in the Appalachian Basin and Woodford in Oklahoma.

Home to some of the world’s biggest natural gas fields, Russia stands at second spot in the list of top natural gas producing countries.

It produced 635.6 bcm of gas in 2017, according to the BP report, which also estiamtes there to be some 35 tcm of natural gas reserves in the country.

Urengoy, in particular, is one of three main natural gas fields in Siberia, which account for almost 45% of Russia’s natural gas reserves.

Operated by Gazprom Dobycha Yamburg, a subsidiary of Gazprom, the Yamburg gas field is the third-largest of its kind in the world.

Producing 223.9bcm of natural gas in 2017, Iran occupies the third spot in the list.

The country shares the South Pars/North Field, the world’s biggest natural gas field located in the Persian Gulf, with Qatar.

Other major gas fields in the country include North Pars, Kish and Kangan, with the development and production of natural gas resources being managed by National Iranian Oil Company (NIOC).

Canada produced 176.3bcm of natural gas in 2017 and meets a third of its energy needs with natural gas, according to the Canadian Association of Petroleum Producers.

The country’s first natural gas was first discovered in New Brunswick in 1859, and it now produces a significant part of its natural gas from the Western Canada Sedimentary Basin (WCSB) in British Columbia, Alberta, and Saskatchewan.

With a production of 175.7bcm of natural gas in 2017, Qatar is among the top natural gas-producing countries in the world

A significant part of the nation’s gas reserves are located in the giant offshore North Field.

Apart from being a major source of Qatar’s natural gas production, North Field is the world’s largest non-associated gas field.