The numbered rounds are focused on key areas in our least explored, open areas 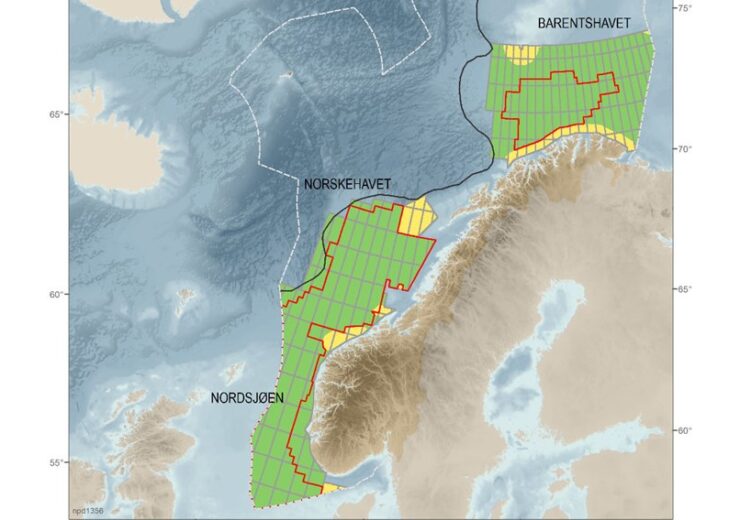 Seven applicants for area in the 25th licensing round. (Credit: Norskpetroleum.no)

Seven companies have applied for production licenses in the 25th licensing round on the Norwegian shelf.

— The numbered rounds are focused on key areas in our least explored, open areas. They are an important supplement to the annual APA rounds (awards in predefined areas). Exploration activity in immature areas gives the state as a resource owner more knowledge about the resource potential. It enables us to identify resources and create value for the community. We will now start processing the applications from the seven companies, says Minister of Petroleum and Energy Tina Bru.

Nine areas
The 25th licensing round comprises nine areas outside the APA area on the Norwegian shelf. The round was announced on 19 November 2020 and includes one area in the Norwegian Sea and eight in the Barents Sea.

The companies that have applied for production licenses are:

A/S Norske Shell
Equinor Energy AS
Idemitsu Petroleum Norge AS
Ineos E&P Norge AS
Lundin Norway AS
OMV (Norge) AS
Vår Energi AS
The Ministry aims to award new production licenses in the 25th licensing round during the first part of this year.

Two different rounds
Allocation of exploration area on the Norwegian continental shelf takes place through two equal licensing rounds. The majority of available area is covered by the APA rounds (see appendix). These rounds include area in the most famous exploration areas and take place annually. As exploration activity has been going on for several decades, the most well-known exploration areas now include most of the North Sea and the Norwegian Sea and a large part of the Barents Sea to the south.

Other opened, accessible and not already allocated area can be included in numbered rounds. Knowledge of the geology in such areas is more limited, and the uncertainty associated with making discoveries is typically greater than in more mature areas on the shelf.