Seabased already works with Brittany-based ENAG, a company that specializes in energy conversion 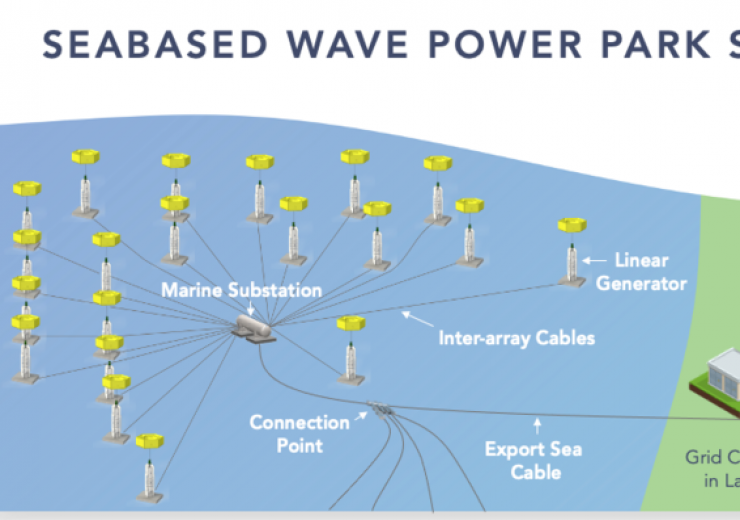 In the race to commercialize wave energy, the Brittany region in France may plant a flag as home to Europe’s first utility scale commercial wave energy park. With the support of the region, Seabased, a wave energy company led by French CEO Laurent Albert, is planning to build a 10 MW wave power park in Audierne Bay.

“The Region of Brittany is pleased to support this particularly innovative commercial project which will contribute to the production of competitive renewable energy along the coast of Brittany,” says Loïg Chesnais-Girard President of the Regional Council of Brittany.

Philippe Thieffry, Manager of Bretagne Ocean Power noted that the project will help maintain the region of Bretagne as a unique showroom of ocean energy technology, especially since it could be Europe’s first grid-connected utility-scale wave energy park. And it will help promote industrial and economic growth in the region That is the purpose of Bretagne Ocean Power which serves as a central accelerator for marine renewable energy projects in the area.

For Seabased, the opportunity to install its soon-to-be-unveiled commercial system in Audierne bay is ideal. “Brittany is doing a fantastic job of building a one-of-a-kind ocean power innovation hub and ecosystem in an area that previously had few renewables,” says Albert. “They have been wonderful to work with and we look forward to continuing to collaborate with them to realize this milestone project.”

“Seabased’s relationship with ENAG is important for us in terms of being compliant with the roadmap for industrial development for Brittany,” says Thieffry. “But in choosing renewable energy projects to complement the ones already in the region, it is also important for us to invite companies that are on the verge of commercialization, that have already performed some tests at full scale in real conditions.”

Bretagne Ocean Power has already developed ocean energy projects in the area, identified the zones that work for different technologies, and worked with local stakeholders such as local fishermen. “There’s a huge amount of support in Bretagne to see these new ocean energy projects come to life,” Thieffry says.

The planned wave power park will begin with a pilot 2MW and scale up to 10MW and will be connected to the French grid.

Seabased’s wave power technology uses a buoy on the surface of the ocean that moves with the waves. This motion lifts a heavy, magnetized weight called a translator up and down inside the generator that rests on the sea floor. The generator – called a Wave Energy Converter, or WEC – converts this mechanical energy into electrical energy which it sends to Seabased’s unique electrical system, also located on the seabed. The electrical system converts the power from many generators to a single stream of grid-ready electricity.

The company has completed two grid-connected wave power demonstration parks and is in the process of final system optimization and 3rd party certification before full commercialization.

For the CEO of Seabased, this project has an extra benefit. “I’m very happy to announce our first commercial project in Europe in my home country,” Albert said.