The four offshore wind farm extensions are expected to have an installed capacity of about 1.8GW 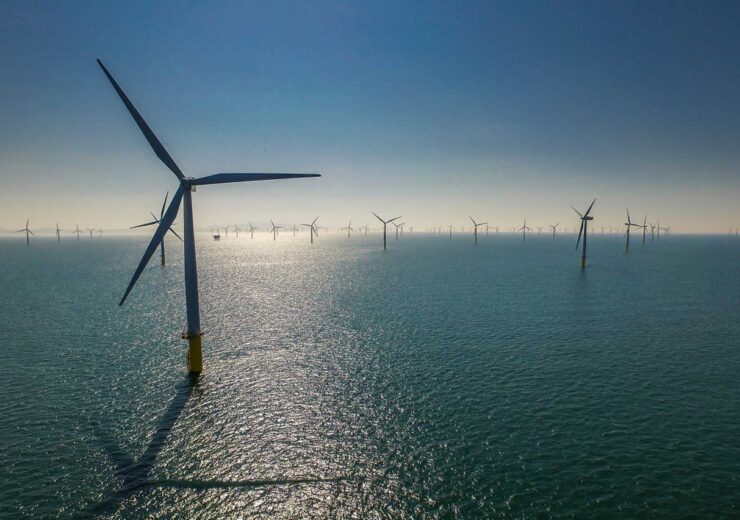 RWE Renewables and its project partners have signed seabed lease agreements with the Crown Estate for the development of four offshore wind farm extensions in the UK.

The agreements have been signed for the Gwynt y Môr, Galloper, Greater Gabbard and Rampion wind farms.

The extension projects are expected to have a combined potential installed capacity of about 1.8GW. Out of the total capacity, RWE Renewables’ share on a pro rata basis is nearly 900MW.

The Gwynt y Môr extension project called Awel y Môr, is expected to have a capacity of 576MW and is located off the coast of North Wales in the Irish Sea. RWE’s share in the project is 60%.

The Galloper extension project is called Five Estuaries and is expected to have a capacity of 353MW. RWE’s share in the project is 25%.

The Rampion 2 development project is expected to have a capacity of up to 1.2GW, where RWE’s share is 50%. It will be located off the coast of Sussex in the English Channel.

RWE Renewables wind offshore global chief operating officer Sven Utermöhlen said: “As we want to further expand our offshore wind business, I am absolutely delighted to announce that we have prepared the ground for further growth.

“Together with our project partners, we have secured the Agreements for Lease with The Crown Estate for the development of four offshore wind farm extension projects in the UK. Furthermore, we decided to develop remaining seabed leases at our Rampion project site.

“With a combined RWE pro rata share amounting potentially to around 1.3 gigawatts, this brings a massive boost to our project pipeline and strengthens RWE’s position as being the second biggest player in offshore wind globally.”

With all the projects are in their early stages of development, the project partners plan to go ahead with necessary development and consenting activities as per the UK Government guidelines.

The wind farms are expected to begin operations towards the end of the decade.