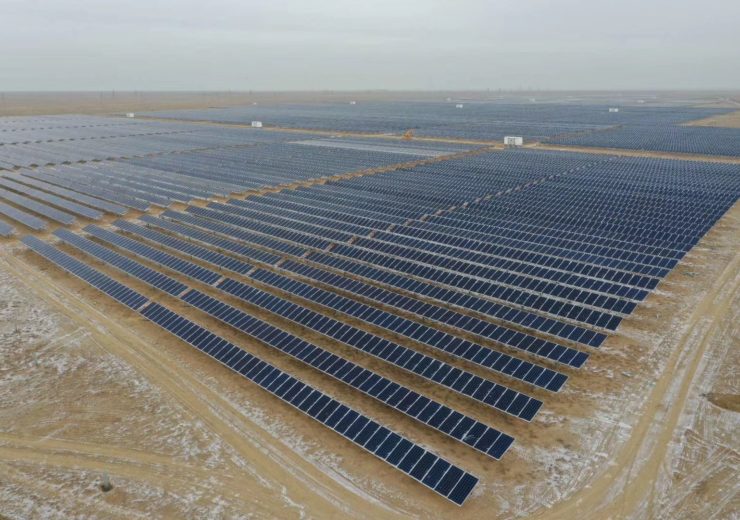 Risen Energy, a Chinese solar modules-maker, announced that it has completed connecting its 50MW solar plant to grid in Kazakhstan.

Considered to be the first large-scale ground-mounted tracking system, implementation of the solar plant is a significant milestone between Kazakhstan and China in the renewable energy sector, Risen Energy stated.

The solar project’s construction started in the middle of last year and is claimed to have taken not more than half a year for the facility to have been connected to the grid.

The solar project can generate more than 102GWh of clean energy, while reducing 86,000 tonnes of carbon dioxide emissions annually.

Risen Energy president Xie Jian said: “The successful grid connection of the project has enhanced our reputation in the Kazakhstan market, and also strengthened the competitiveness and influence in other markets along the Belt and Road Initiative.

“We will continue to enhance our innovation in technology, explore new markets, strengthen cooperation with all partners and deliver advanced photovoltaic technologies and products to more markets at home and abroad, while jointly participating in the upgrading of the global energy structure.”

It is also claimed to be the first Chinese PV-maker to have invested in building a solar plant in Kazakhstan.

Due to its product advantages and localisation strategy, the company had previously invested in several solar plants in the country and also secured investments.

Two solar projects with a capacity of 50MW and 40MW had also secured financing support from the European Bank for Reconstruction and Development (EBRD).

Last October, Risen Energy had secured an order to supply solar PV modules of 150MW capacity in Malaysia. As part of the order, the company had agreed to supply its Jaeger 144 modules with an output power of up to 395W each.