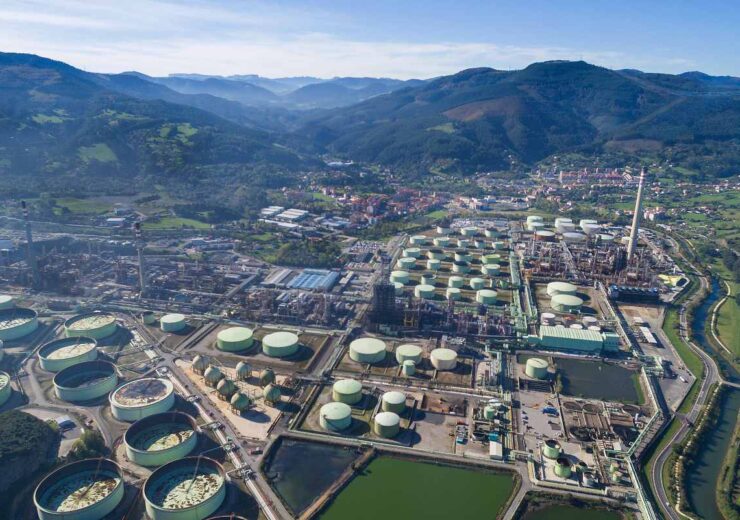 Repsol to start up the first electrolyzer at its Petronor refinery. (Credit: Repsol)

Repsol will start up the first electrolyzer in the northern Spanish region of the Basque Country in the second half of 2022, to produce renewable hydrogen at its Petronor refinery. The facility will have a capacity of 2.5 MW and will involve an investment of €8.9 million, covering also the construction of the necessary infrastructures for the use and distribution of the renewable hydrogen produced.

The electrolyzer will serve Petronor’s own refinery and different entities at the nearby Margen Izquierda Technology Park, located in the municipality of Abanto-Zierbena. These include the Energy Intelligence Center and the first hydrogen plant in the Basque Country, a facility promoted by the Basque Energy Agency (EVE) and Repsol that will supply the technology park’s own mobility logistics platform made up of light vehicles and buses.

The project will be carried out by the engineering firms Sener and John Cockerill, while the pipelines that will transport the renewable hydrogen produced at Petronor to the Margen Izquierda Technology Park will be constructed by Nortegas.

This project is included in the Basque Hydrogen Corridor (BH2C) Initiative, promoted by Petronor and Repsol to accelerate the economic recovery of the Basque Country and Spain, as a whole, while advancing the decarbonization of the economy and promoting strategic sectors such as energy, mobility, industry, and services. The consortium, which was launched last June 22, has so far managed to bring together 80 companies, institutions, and research centers that plan to mobilize €1.431 billion until 2026. These funds will be earmarked for the execution of 40 projects throughout the hydrogen value chain, with the aim of creating more than 1,300 jobs and positioning the region as an international hub in renewable hydrogen.

Repsol is the leading producer and consumer of hydrogen in Spain. The company regularly uses hydrogen in its industrial processes, and during the presentation of its 2021-2025 Strategic Plan it announced that renewable hydrogen will be one of its strategic pillars for achieving carbon neutrality by 2050.

With the commitment to promote the development of the value chain of this new energy vector that will be key in the energy transition, Repsol has the ambition to lead the renewable hydrogen market in the Iberian Peninsula. It has expressed its intention to install a capacity of 557 MW equivalent in 2025 and reach 1.9 GW in 2030. Among the projects already underway, the installation of other electrolyzers in the vicinity of its industrial complexes and the adaptation of conventional units to the production of renewable hydrogen through the use of biogas stand out.

In 2024, a 10 MW electrolyzer is scheduled to be commissioned in the port of Bilbao, in a collaboration with Enagás and the EVE. The hydrogen will be produced with 100% renewable electricity and supplied by Repsol to one of the world’s largest plants for synthetic fuels with zero net emissions. To manufacture these sustainable fuels, valid for any mobility segment, the only raw materials used will be hydrogen and CO2. The project, which is progressing according to plan, has collaborators of the stature of Saudi Aramco and has a strong component of innovation led by the Repsol Technology Lab research center.

In 2025, also in the Bilbao area, a third electrolyzer, in this case of 100MW, will be commissioned to accelerate Petronor’s decarbonization process and feed the needs of the Basque Hydrogen Corridor. The company is also planning an additional electrolyzer with a capacity of 100 MW at its Cartagena industrial complex, within the framework of the Green Hydrogen Platform of the Region of Murcia, centered around the Escombreras Valley. In Catalonia, together with Enagás and coordinated by the Universitat Rovira i Virgili, last May, Repsol established the Catalonia Hydrogen Valley. This is an ecosystem made up of more than a hundred companies and organizations throughout the hydrogen value chain in the region that share a common goal: to achieve climate neutrality, increase business competitiveness, and improve people’s well-being.

Additionally, Repsol has spent more than a decade developing its own renewable hydrogen production technology called photoelectrocatalysis. Together with its partner Enagás, it has a pilot plant located at the Repsol Technology Lab that is already producing emissions-free hydrogen using only water and sunlight as raw materials, without the need for an external source of electricity. This significantly reduces the operating costs of the process and increases its competitiveness. Both companies are already working on the scaling-up of the technology to install a larger plant at the Puertollano Industrial Complex.

Finally, it is worth mentioning the agreement that Repsol has recently signed with Talgo to collaborate in the promotion of hydrogen powered trains in the Iberian Peninsula. Through this agreement, the company will provide its logistics infrastructure to supply renewable hydrogen to the railway network