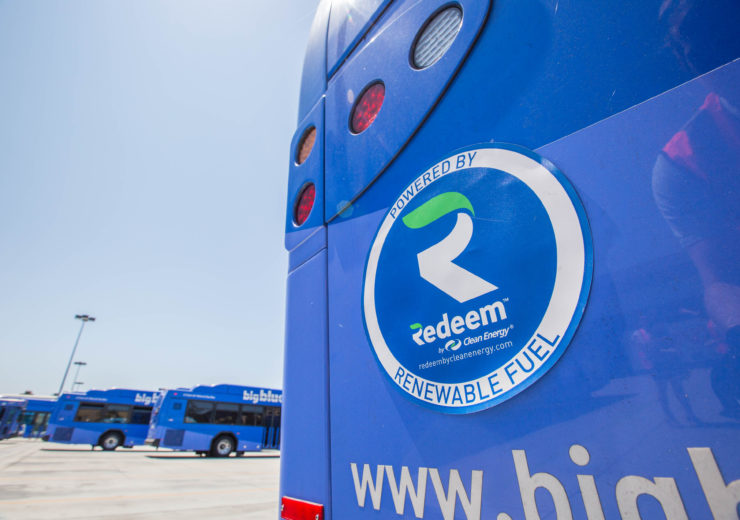 Redeem became commercially available in 2013 and is derived from capturing biogenic methane that is naturally created by the decomposition of dairy, landfill, and wastewater treatment plant waste. As a vehicle fuel, Redeem enables at least 70 percent reduction in carbon emissions when displacing diesel or gasoline.

More fleets are transitioning to natural gas-powered vehicles (NGVs) for their performance, cost savings, environmental advantages and extensive nationwide fueling network, with sales this year on an upward trajectory. As of May, year-to-date sales of NGVs surged 43 percent, according to ACT Research, and were also up 10 percent from April’s numbers.

Long-time customer and an early adopter of Redeem, the Big Blue Bus in Santa Monica has extended its contract with Clean Energy with an anticipated 2.3 million gallons of Redeem per year to fuel its 200 municipal buses.

Big Blue Bus transports 44,000 passengers daily across a 58-square-mile service area. Nationally recognized for its long-standing commitment to a cleaner environment, the entire fleet operates on alternative fuels, including liquefied and compressed natural gas (LNG/CNG), which helps to cut emissions by over 70 percent.

“We’re proud to continue our partnership with Big Blue Bus and share its commitment to sustainability. Their natural gas buses are providing healthier air for people in and around Santa Monica and the use of Redeem is significantly reducing greenhouse gas and long-term climate change issues,” said Chad Lindholm, vice president, Clean Energy.