Until this year, the Netherlands only had an LNG terminal in the port of Rotterdam 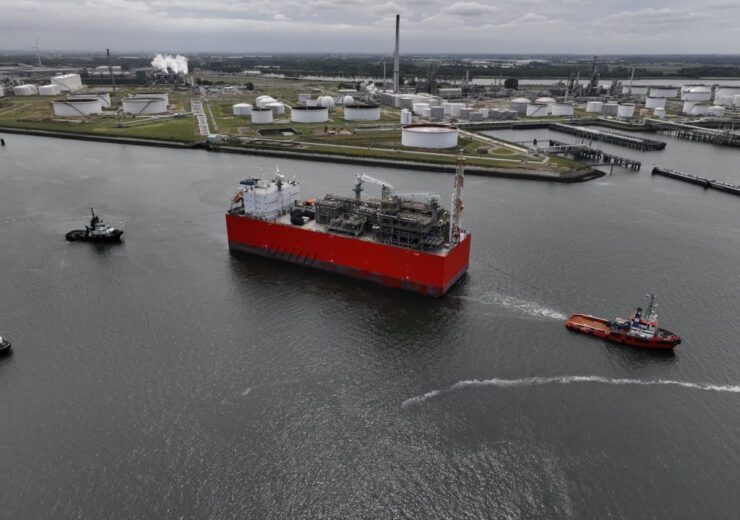 The Exmar FRSU S188 recently arrived at the Port of Rotterdam where it will be prepared for the purposes it will serve at Eemshaven. (Credit: Gasunie)

Gasunie subsidiary EemsEnergyTerminal has signed the first suppliers that will supply LNG (liquefied natural gas) via the port of Eemshaven in the Netherlands. ČEZ a.s. and Shell Western LNG B.V. have jointly contracted 7 billion cubic metres (bcm) of capacity. This is an important precondition for the security of supply of LNG. EemsEnergyTerminal expects the remaining 1 bcm of capacity to be sold in the coming months.

Dutch Minister for Climate and Energy Policy Rob Jetten is pleased that, thanks to Gasunie’s efforts, the LNG capacity in the Netherlands will be expanded significantly this year. “That is an important part of our approach to becoming less dependent on Russian gas as soon as possible, but also to preparing for the coming winter. I am pleased that there is considerable market interest in making use of this infrastructure and importing more liquid gas,” says Jetten.

Until this year, the Netherlands only had an LNG terminal in the port of Rotterdam. The expansion in the Eemshaven and the optimisation of the terminal in Rotterdam will double the import capacity for LNG. The LNG terminal in the port of Eemshaven will consist of two floating FSRUs (floating storage and regasification units), the Exmar S188 and the Golar Igloo. The S188 recently arrived at the Port of Rotterdam where it will be prepared for the purposes it will serve at Eemshaven. Both FSRUs are expected to arrive at the port of Eemshaven at the end of August. The Golar Igloo will be the first to be connected to the Dutch natural gas grid, followed later by the S188. Together, the two FSRUs have a throughput capacity of approximately 8 bcm per year, which can contribute significantly to ensuring the security of supply and reducing dependence on Russian gas.

Ulco Vermeulen, member of Gasunie’s Executive Board, is very pleased with the contracts drawn up: “We welcome the first customers of EemsEnergyTerminal and are very happy with their support and cooperative attitude. The agreements were concluded in record time and we realise that this is only possible on the basis of trust, partnership and a common goal to have the first LNG flowing through the grid in the autumn. Together we will do everything we can to make the project a success.”

Over the next five years, at the port of Eemshaven the FSRUs will be converting LNG back into its gaseous form. The terminal will also be able to store LNG. After processing the supplied LNG, a total of 8 bcm of natural gas will be ready for feeding into the national gas grid.