Plans for operations and maintenance facility at Arklow Harbour unveiled 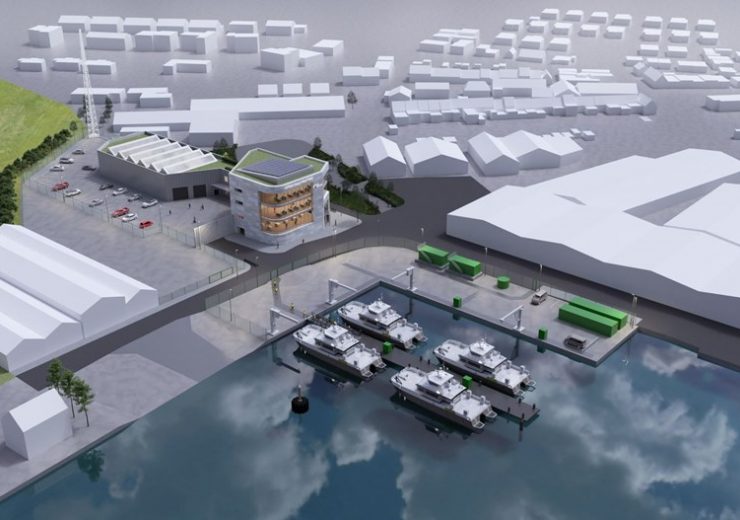 The leading renewable energy developer has revealed official designs for the Operations and Maintenance Facility (OMF) proposed for the South Dock in Arklow Harbour and is inviting the public to share their views during a Public Consultation which runs from 7-25 June.

The facility will act as the support base for the offshore wind farm over its operational lifetime.

The development is a key component of the planned Phase 2 520MW Arklow Bank Wind Park, located 6km to 13km off the coast of Arklow, Co. Wicklow. SSE Renewables is actively progressing its plans to deliver Ireland’s first offshore wind farm of scale by 2025, and expects to invest between €1 billion and €2 billion to deliver the project.

Delivery of the planned Operations and Maintenance Facility at Arklow Harbour’s South Dock will require an expected investment of around €15 million.

SSE Renewables is proposing to develop the facility at a disused site known as The Old Shipyard. Approximately 60 construction roles will be created during the delivery phase of the Operations and Maintenance Facility alone, and additional indirect supply chain roles are expected.

Once complete, the building will accommodate around 80 full-time employees who will be recruited to work on the wind farm once it becomes operational. These direct jobs will include site managers, supervisors, technicians, control room operators, engineers, vessel crew, stores and administration staff. The wider wind park project will also support thousands of indirect and induced jobs over the project’s lifetime.

The four-storey development for Arklow’s South Dock has been designed to be a ‘Nearly Zero Energy Building’ (NZEB), meaning the building will operate to a very high energy performance. The facility will accommodate warehousing for wind turbine components, office and meeting space and staff welfare facilities.

Plans are also in place to provide a Sustainable Development Centre on the top floor overlooking the Harbour which will anchor the facility in the community and welcome visitors for educational tours, exhibitions and sustainability-themed events.

Urban realm improvements are also planned for the site including landscaping and improved public lighting.

The nearshore element of the plans will see the existing disused syncrolift removed from the Harbour’s dockside and replaced with berthing and pontoon facilities for crew transfer vessels (CTVs) which will transfer maintenance employees to and from the turbines on a daily basis to help operate the offshore wind park.

SSE Renewables will lodge a planning application with Wicklow County Council later this Summer for the proposed development. Ahead of that, the company has launched a three-week Public Consultation which is open now and running to 25 June. The consultation will provide an opportunity for members of the public and stakeholders to engage with SSE Renewables on its plans and submit feedback to further inform the development of the facility.

Arklow Bank Wind Park Project Manager James O’Hara said: “We are delighted to share plans for the Operations and Maintenance Facility which will act as the support base for Arklow Bank Wind Park Phase 2. This state-of-the-art building will play a crucial role in kickstarting the regeneration of Arklow Harbour. It is also from this building where 80 full-time employees will be based for decades to come. I encourage the local community to share feedback on this element of the project so we can refine our plans accordingly before we seek planning approval later this year.”

Andre Negri, Architect and Founder of Dublin-based Studio Negri, was commissioned to design the Operations and Maintenance Facility: “I was delighted to have the opportunity to work on the Arklow Bank Wind Park Phase 2, which is a trailblazing project, both onshore and offshore. Inspired by Arklow’s credentials as a Decarbonisation Zone, we wanted to ensure the Operations and Maintenance Facility is designed to deliver a high-performing, state-of-the-art facility, with minimum impact on the environment, and powered by renewable energy sources.  The social element of the facility has also been carefully considered.  The building will be engaging for users and the community with spaces for people to work, but also to gather and collaborate.”