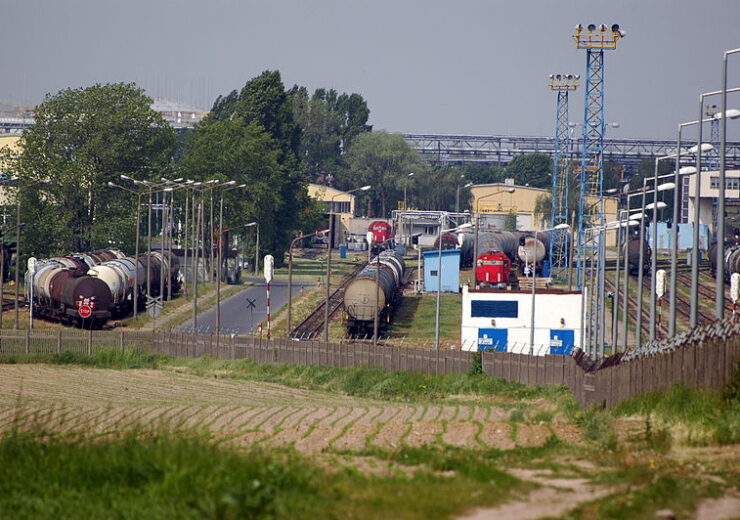 PKN ORLEN and Grupa LOTOS have just agreed and signed a merger plan involving transfer of the LOTOS assets to PKN ORLEN. In exchange for shares held in Grupa LOTOS, its existing shareholders will receive shares in the enlarged PKN ORLEN. The transaction is subject to approval of the share exchange ratio and other terms of the merger by shareholders of both companies at their respective general meetings. Once the process is carried through, it will lead to the creation of a strong multi-utility group pursuing capital projects aimed to strengthen Poland’s energy security and its independence in terms of feedstock supplies.

“Poland’s energy security as the driving force behind the country’s economic growth is for us a priority goal. This is why we are setting out to build a strong integrated group with well diversified revenue sources, resilient to the highly volatile macroeconomic environment. As was the case with our previous acquisitions, we intend to enhance the LOTOS post-merger value by leveraging the strengths of both combined entities. The strong partner we have secured for the process, being a global petrochemical leader and the world’s largest oil producer, will provide added support. As a result, we will modernise and further develop our business, strengthening its resilience to the increasingly volatile market environment and driving sustainable value creation for our shareholders, retail customers and local communities,” says Daniel Obajtek, President of the PKN ORLEN Management Board.

The agreed share exchange ratio, as well as the final detailed concept of the merger, were the subject of analyses by international consulting firms. The merger will be effected through the acquisition of Grupa LOTOS S.A. by PKN ORLEN S.A. This means that, upon the acquisition, the existing shareholders of Grupa LOTOS will take up new shares in the increased share capital of PKN ORLEN and become the latter’s shareholders. As a result of the merger between PKN ORLEN and Grupa LOTOS, the Polish State Treasury’s equity interest in the combined entity will increase to approximately 35%. Assuming a subsequent merger with PGNiG, this stake will increase to about 50%, meaning that the state’s control over the newly formed multi-utility group will be further reinforced.

The proposed acquisition is the simplest and quickest solution possible for this transaction, which will enable swift and complete integration of the assets and businesses. The adopted transaction structure will also ensure liquidity for the new group, enabling effective continuation of the existing projects and investment in other promising business areas.

The merger of PKN ORLEN and Grupa LOTOS is an important step in building a strong and diversified multi-utility group. The ongoing energy transition poses a huge challenge for oil and energy companies as it involves a gradual shift away from hydrocarbons and conventional fuels towards new and more sustainable energy sources. The combined entity to be formed based on the assets of PKN ORLEN, the Energa Group, Grupa LOTOS and PGNiG will be the largest company in Central and Eastern Europe, capable of facing the challenges of energy transition and implementing the most ambitious projects.

The merged company will seek to achieve operational excellence in the existing business areas such as upstream and refining. Integration of the assets currently owned by different entities will bring about efficiency improvements, while strategic partnerships in this area will contribute to enhanced energy security of Poland and the whole of Central Europe, a thing of utmost importance in the current geopolitical context.

In addition, strategic growth areas have been identified for the new group to diversify its operations and remain competitive in the long term. The combined entity could become one of the largest integrated petrochemical producers in Europe by 2030. Another strategic growth area would be the power industry. The integration of four groups, of which the upcoming PKN ORLEN and Grupa LOTOS merger is a part, would pave the way for ambitious low- and zero-carbon energy projects. The combined company would become a leader in power generation from renewable and low-carbon gas sources as well as small modular reactors.

PKN ORLEN has diversified revenue streams and a much wider product mix. The petrochemical segment, a well-developed part of its business, is an increasingly important element of oil processing. Therefore, in view of the changing market trends, the merger provides Grupa LOTOS with a guarantee of long-term stable operations. At the same time, the combined entity will have the scale and resources to develop in the most innovative areas, often not yet exploited commercially, such as hydrogen, with the LOTOS capabilities and assets playing an essential role in the process.

Following the merger, the scale of capital expenditure on the development of individual business segments formed by PKN ORLEN, Grupa LOTOS and PGNiG will increase. This will translate into tangible benefits for employees, who will gain new career opportunities beyond those available currently. The growth of the combined group will build on the best experiences of its constituent companies. Gdańsk is planned to be the location of competence centres for railroad logistics, oils, hydrogen technologies and marine fuels. The key value-building initiatives will be those which realise the merger synergies, process efficiency improvements, development of new business areas, and implementation of innovations as part of the integration process. The merger process has been conducted in dialogue with the social partners right from the beginning, taking into account the vital role they play in building a robust, integrated corporate group.