Gazprom said that the Pioneering Spirit vessel has sailed towards the Kiyikoy settlement in Turkey to resume its pipelaying task for the second string of the TurkStream gas pipeline project. 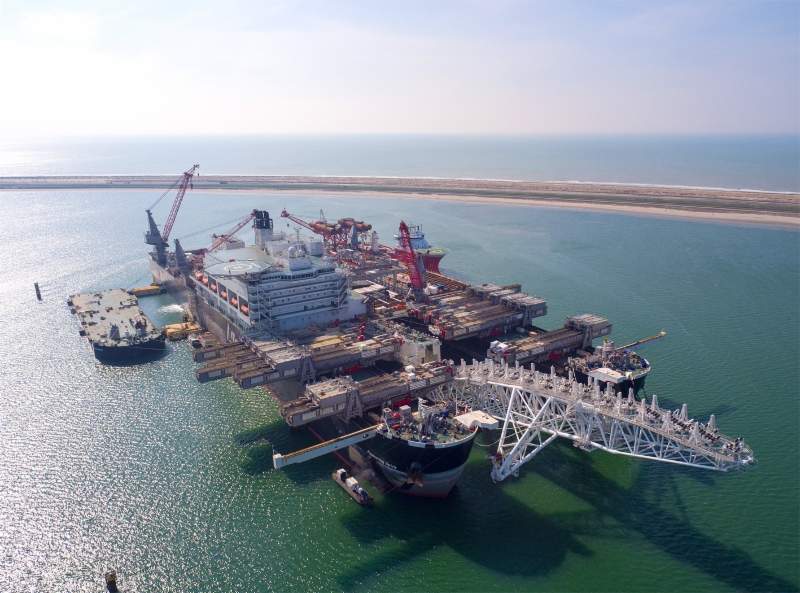 The Russian gas giant said that the pipelaying vessel after entering the Black Sea, carried out a set of preparatory works. These included deployment of stinger and check-ups of pipelay equipment.

Gazprom, in a statement, said: “The pipeline head of the second string was recovered from the bottom of the Black Sea on the border of Russian and Turkish exclusive economic zones (EEZs) at a depth of 2,170 meters. The 224-kilometer section of the pipeline leading to the EEZ border was built in 2017.”

The company said that pipelaying for the first string of TurkStream’s offshore section was completed in April 2018. A total of 1,161km of pipes were laid along the two strings, representing 62% of the overall gas pipeline length.

Owned by Allseas Group, Pioneering Spirit, which is one of the largest offshore construction vessels in the world, started the pipelaying process of the TurkStream project in June 2017 in Anapa, Russia.

TurkStream is an export gas pipeline that will deliver Russian gas to Turkey and its neighboring countries through the Black Sea. It will comprise two strings – one to supply the gas to Turkish customers and the other to transport the gas to southern and southeastern Europe.

Each of the strings of the transit-free export gas pipeline will have a throughput annual capacity of 15.75 billion cubic meters. Both the offshore pipelines will comprise thousands of individual pipe joints of 12m in length.

The 32-inch TurkStream gas pipeline starts near Anapa along the Russian coast and run through 930km in the Black Sea before connecting onshore in the Thrace region in Turkey.

Construction of TurkStream’s offshore section is being handled by South Stream Transport, a fully-owned subsidiary of Gazprom.