The exploratory well Tchinem 1-01, which was drilled using the Dagda mobile offshore drilling and production unit (MODPU), encountered the top reservoir at 3,420m 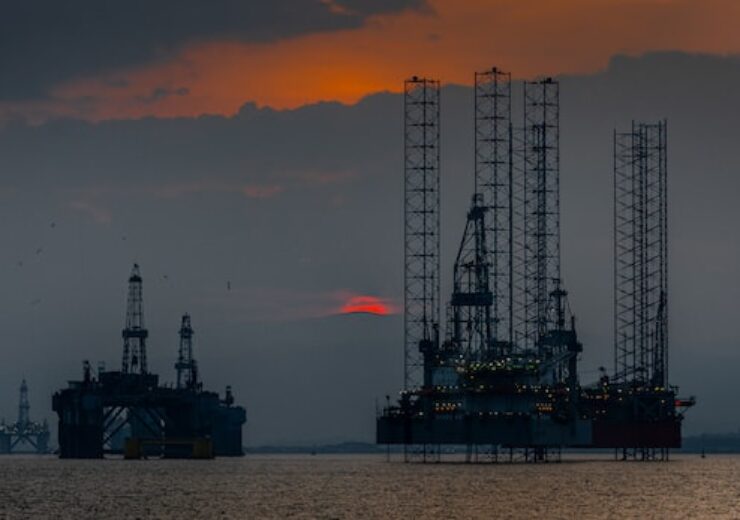 The company encountered oil with the exploratory well Tchinem 1-01, which targeted a deeper zone beneath the Tchibeli North East (NE) field.

It was drilled using the Dagda mobile offshore drilling and production unit (MODPU) that was moved onto the Tchibeli NE field at the end of August this year.

It is underlain by a layer of salt, which obstructed the seismic imaging and drilling, said the company.

The well encountered the top reservoir at 3,420m and a 205m gross section of Vandji. It was drilled to a total measured depth of 3,630m.

Perenco said that good oil and gas shows were recorded on entry into the reservoir and a 75m oil column was interpreted on logs.

It ran a 7-inch liner and selected two intervals totalling 62m, for perforation.

The company has conducted a comingled test, where the zones produced 2,000bopd on natural flow, prior to a 24hr pressure build up (PBU) test to confirm connected volumes.

Perenco group exploration manager Rory Keith said: “This exploration discovery by Perenco Congo and its partners is a potential play opener in the pre-salt in Congo, and we are pleased to have also identified a number of other Vandji leads on the acreage.

“The safe and successful drilling of this challenging well, on time and within budget, is testament to the efforts of Perenco’s exploration team in London and the excellence of the drilling team in Pointe Noire.

“We look forward to continuing to work with our partners in support of the Republic of Congo.”

Perenco Congo owns 40% stake in the PNGF Sud License, and is also its operator.