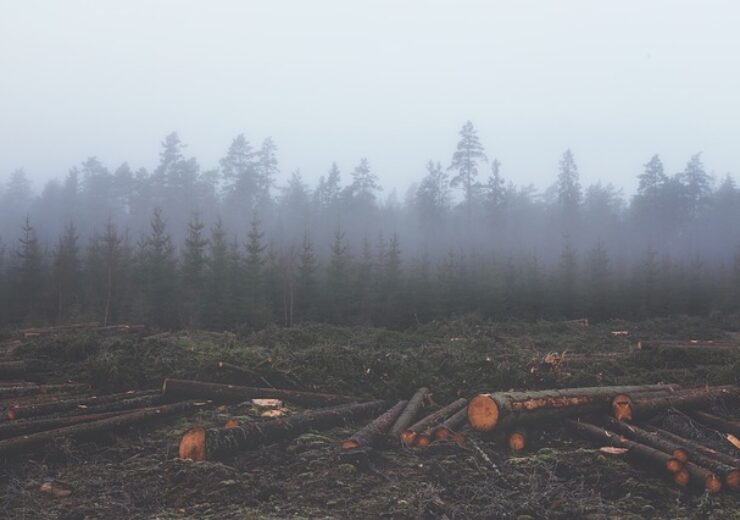 In the biggest step forward in protecting the world’s forests in a generation, more than 100 leaders will commit to halt and reverse forest loss and land degradation by 2030 at an event convened by the Prime Minister at COP26 today. The pledge is backed by almost £14 billion ($19.2 billion) in public and private funding.

Countries spanning from the northern forests of Canada and Russia to the tropical rainforests of Brazil, Colombia, Indonesia and the Democratic Republic of the Congo will endorse the Glasgow Leaders’ Declaration on Forest and Land Use. Together, they contain 85% of the world’s forests, an area of over 13 million square miles.

Forests are the lungs of our planet, absorbing around one-third of the global CO2 released from burning fossil fuels every year, but we are losing them at an alarming rate. An area of forest the size of 27 football pitches is lost every minute.

The commitment will be supported by a pledge to provide £8.75bn ($12bn) of public finance from 12 countries, including the UK, from 2021 – 2025. This will support activities in developing countries, including restoring degraded land, tackling wildfires and supporting the rights of indigenous communities.

This will go alongside at least £5.3 billion ($7.2 billion) of newly-mobilised private sector funding. CEOs from more than 30 financial institutions with over $8.7 trillion of global assets – including Aviva, Schroders and Axa – will also commit to eliminate investment in activities linked to deforestation.

Prime Minister Boris Johnson is expected to say at the Forest & Land Use event at COP26 today:

“Today, at COP26, leaders have signed a landmark agreement to protect and restore the earth’s forests.

“These great teeming ecosystems – these cathedrals of nature – are the lungs of our planet. Forests support communities, livelihoods and food supply, and absorb the carbon we pump into the atmosphere. They are essential to our very survival.

“With today’s unprecedented pledges, we will have a chance to end humanity’s long history as nature’s conqueror, and instead become its custodian.”

“Colombia is proud to endorse the Glasgow Leaders’ Declaration on Forests and Land Use. The Declaration is a landmark commitment from countries to work together to end deforestation and all land degradation within the next decade.

“Never before have so many leaders, from all regions, representing all types of forests, joined forces in this way and Colombia is committed to playing its part. We will enshrine in law a commitment to net-zero deforestation by 2030 – one of the most ambitious commitments in Latin America – and to protecting 30% of our land and ocean resources by 2030.

“Now we must all work in partnership with businesses, the finance sector, smallholder farmers, Indigenous Peoples and local communities to create the conditions for forest-positive economies to grow and thrive.”

“Indonesia is blessed as the most carbon rich country in the world on vast rainforests, mangroves, oceans and peatlands. We are committed to protecting these critical carbon sinks and our natural capital for future generations.

“We call on all countries to support sustainable development paths that strengthen the livelihoods of communities – especially indigenous, women and smallholders.”

The UK will commit £1.5bn over five years to support the forests pledge, including £350m for tropical forests in Indonesia, and £200m for the LEAF Coalition.

The UK will also contribute £200m, alongside 11 other donors, as part of a new £1.1 billion ($1.5bn) fund to protect the Congo Basin. The area is home to the second-largest tropical rainforest in the world which is threatened by industrial logging, mining and agriculture.

Governments representing 75% of global trade in key commodities that can threaten forests – such as palm oil, cocoa and soya – will also sign up to a new Forests, Agriculture and Commodity Trade (FACT) Statement. The 28 governments are committing to a common set of actions to deliver sustainable trade and reduce pressure on forests, including support for smallholder farmers and improving the transparency of supply chains.

Currently almost a quarter (23%) of global emissions come from land use activity, such as logging, deforestation and farming. Protecting forests and ending damaging land use is one of the most important things the world can do to limit catastrophic global warming, while also protecting the lives and futures of the 1.6 billion people worldwide – nearly 25% of the world’s population – who rely on forests for their livelihoods.

“We must work for an improved global framework for climate investments. To “keep 1.5 degrees alive” we have to halt forest loss this decade. Tropical forest countries need more international support and incentives to transform their land use policies.

“Norway will continue and further develop its International Climate and Forest Initiative at high levels until 2030, and we’re excited to be part of a growing coalition of donors and companies mobilising to reduce deforestation and enable a just rural transition. I am particularly pleased that we are joining forces to secure Indigenous Peoples’ rights and increase the recognition of their role as forest guardians.”

“Protecting our forests and their biodiversity is fundamental to the fight against climate change. Financial institutions have a pivotal role, using our influence on the companies we invest in to encourage and ensure best practice. Aviva is proud to sign the commitment to end deforestation, helping build a critical mass for change. Together we can reduce risk to the planet and the financial markets, and capitalise on the opportunities that come from more sustainable investment.”

Tuntiak Katan, Coordinator of the Global Alliance of Territorial Communities, representing communities from the rain forests of Africa, Latin America and Indonesia, said:

“We welcome the announcement at COP of the Joint Statement on Advancing Support for Indigenous Peoples and local communities that has raised to an unprecedented level their visibility as a climate solution.

“At the same time, we will be looking for concrete evidence of a transformation in the way funds are invested. If 80 percent of what is proposed is directed to supporting land rights and the proposals of Indigenous and local communities, we will see a dramatic reversal in the current trend that is destroying our natural resources.

Among those speaking alongside the Prime Minister Boris Johnson are HRH The Prince of Wales, President Joko Widodo of Indonesia, President Ivan Duque of Colombia, President Joseph R. Biden Jr. of the United States, President Felix Tshisekedi of the Democratic Republic of the Congo and EU Commission President Ursula von der Leyen.