Having commenced commercial operations over 31 years ago, the Macraes Operation in New Zealand’s South Island has grown to become one of the world’s lowest-cost operations and New Zealand’s largest gold-producing mine 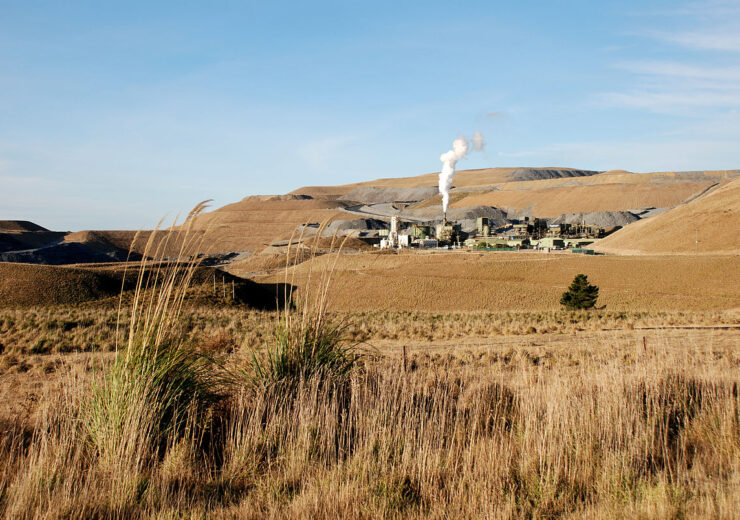 In late October Macraes celebrated an important milestone – first production from the new Golden Point Underground, with five thousand tonnes of ore being moved to the mill for processing.

Golden Point Underground is OceanaGold’s newest underground mine, having commenced development in 2020. The project was one of a number of recent underground and open pit expansions at Macraes and will soon replace operations at Frasers Underground.

“To ensure we were developing a decline that delivers long-term stability and safety, we implemented a rapid cable bolt installation system,” James said.

“Using the new system, the anchors can be drilled and secured by a jumbo operating at the face as part of the normal ground support cycle and encapsulated using pumpable resin by the support crew when they come in to charge the heading.”

“Cable bolts are used to stabilise the walls and roof of the drives and the new system is much more efficient.”

“Macraes started mining in 1990 with a life of seven years. We recently surpassed 31 years of continuous mining, and in large part that’s down to the quality of the team, their commitment to safety, community, our environment, and always innovating,” Mike said.

“Every day we focus on the partnerships, technologies and skills we need to sustainably mine gold for many years to come. As we look ahead, this includes more efficient production, while lowering our emissions profile,” he said.

“We continually look to the future and have recently conducted a Climate Change Risk Assessment. This is an important step in the development of our plans to address climate change and greenhouse gas emissions and will support the OceanaGold Corporate target to be Carbon Neutral by 2050.”

Having just completed his second month as General Manager, Mike said that although the Macraes Operation might be considered a mature mine, after 31 years of continuous operation there is the potential for the mine to be producing for another 30 years.

“Macraes is a long-life mineral precinct that continues to be responsibly developed to deliver positive outcomes for all stakeholders,” Mike said.

“We’re proud to be contributing to economic growth. Our operation accounts for approximately 20% – 30% of the local economy and in 2020 we provided employment for around 1,000 people, invested over US$124 million with local and national suppliers and contributed over US$24 million in taxes, rates and royalties.”