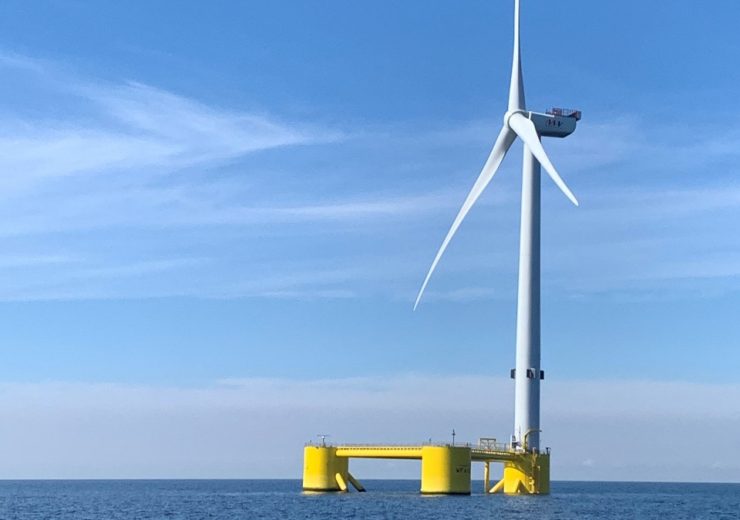 “Aker Offshore Wind is an ideal complement to Ocean Winds with synergies that make this partnership stronger than the sum of its parts. Aker brings five decades of offshore experience in the oil and gas industry together with expertise and competence to industrialise and scale new floating offshore technology. Ocean Winds (a 50:50 partnership of ENGIE and EDPR) bring a history of world-leading renewable electricity development, culminating in the delivery of Scotland’s biggest offshore windfarm. Together we have the size, experience and dependability to introduce floating offshore wind technology to Scotland at commercial scale,” said Dan Finch, Managing Director of Ocean Winds UK.

“Aker has a history of transitioning and delivering marine industry capabilities, technology, and digital innovation from Scotland to manage and de-risk offshore projects. In Ocean Winds we have a partner which has delivered Moray East, Scotland´s largest wind farm yet. Adding to that Aker’s offshore fabrication competencies and strong supply chain partnerships, the consortium is perfectly positioned to take this important step for Scotland in the transition to renewable energy,” said Kristian Røkke, Chairman of Aker Offshore Wind.

Aker has been instrumental in the design and delivery of more than half of the world’s semi-submersible floating offshore installations, working effectively with supply chains in harsh weather globally and Ocean Winds is delivering the largest wind and infrastructure project in Scotland today. Further strengthening the proposition is their combined majority ownership of Principle Power, the developer of the leading and most proven floating turbine foundation suitable for Scottish ports and supply chain. In partnership they will accelerate new, green industry creation based on field-proven and leading offshore wind technology. Central to the contribution will be an emphasis on job creation, skills transition and technology development in the local supply chain.

Dan Finch commented: “Ocean Winds has a long history of project delivery in the Moray Firth, having brought the 950MW Moray East – Scotland’s biggest windfarm – from concept to generation. More than a decade ago, we had the vision of commercial scale generation in deeper water, further from shore, using bigger turbines than the available technology of the day. Now we are delivering that vision in the Moray Firth,”.

“The Aker group of companies have many decades of industrial heritage behind them, as they look to the future of digitalizing the floating wind industry,” added Røkke. “Together, Ocean Winds and Aker Offshore Wind will bring determination, innovation, and experience proven to successfully introduce and deliver new technology, while at the same time, significantly reducing energy costs.”

The two companies will jointly submit the bid by 16 July to Crown Estate Scotland.