The partners plan to use steel-based semi-submersible floaters called Windfloat for their Scottish floating offshore wind project in the Outer Moray Firth in the North Sea, which is expected to power millions of homes upon its commissioning 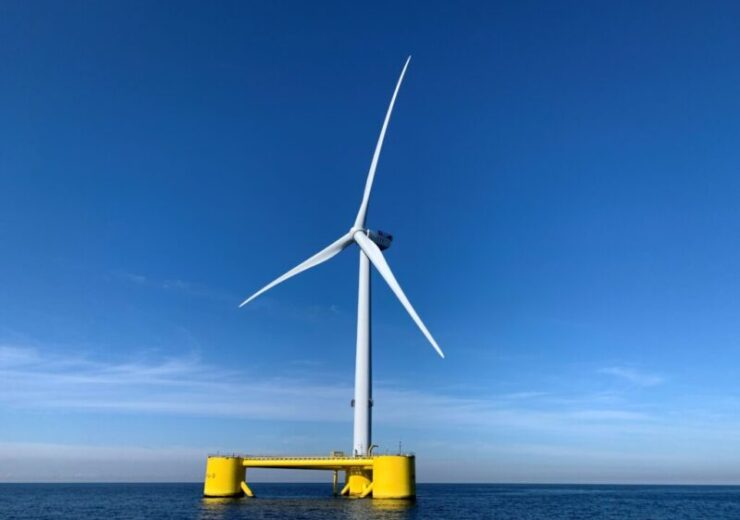 Ocean Winds (OW) and Aker Offshore Wind (AOW) have joined forces to submit a bid for 6GW of floating offshore wind capacity in Scotland as part of the country’s ScotWind process.

ScotWind is a seabed leasing round carried out by Crown Estate Scotland to award multiple sites in the Outer Moray Firth in the North Sea for new offshore wind development.

Ocean Winds was established in late 2020 by EDP Renewables and Engie after combining their existing and planned offshore wind efforts. It has developed the 950MW Moray East windfarm, which is considered to be the largest windfarm in Scotland.

Aker Offshore Wind, which is based in Norway, was established in 2020 after an incubation period of a few years at Aker Solutions. It was created by Aker Solutions to leverage its maritime experience and expertise to the transition to low-carbon energy.

Once commissioned, the project is expected to become the largest wind energy development in the UK, while powering millions of homes.

Windfloat has been developed by Principle Power (PPI), which is majority owned by the two partners.

The technology of WindFloat involves dampening of wave and turbine induced motion to enable wind turbines to be sited in locations that were previously inaccessible due to the water depths being more than 40m and where wind resources are higher.

Aker Offshore Wind UK managing director Sian Lloyd-Rees said: “Our bid would deliver for the next generation by harnessing the green power and extraordinary potential of Scotland’s deep water resources.

“Floating offshore wind is the next step in the renewable revolution, and we’re delighted to partner with Ocean Winds to unveil our ambitious plan for Scotland’s future.”

According to Ocean Winds, nearly 80% of the wind resources around the world are in waters with a depth of more than 60m, which makes them unsuitable for fixed foundations.

Considering this, floating turbines can make huge contributions to the energy grid as the infrastructure is located away from the coastline in deep water, said the company.

Ocean Winds UK managing director Dan Finch said: “After a decade of work and investment, we have successfully delivered our vision of Scotland’s biggest windfarm Moray East, in the 50m water depths of the Moray Firth.

“The Transition to Net Zero means that we need to open new areas of the sea for offshore wind development. We have the skills, experience and technology to take offshore wind out of the Moray Firth and into the deep waters of the North Sea using floating technology.”