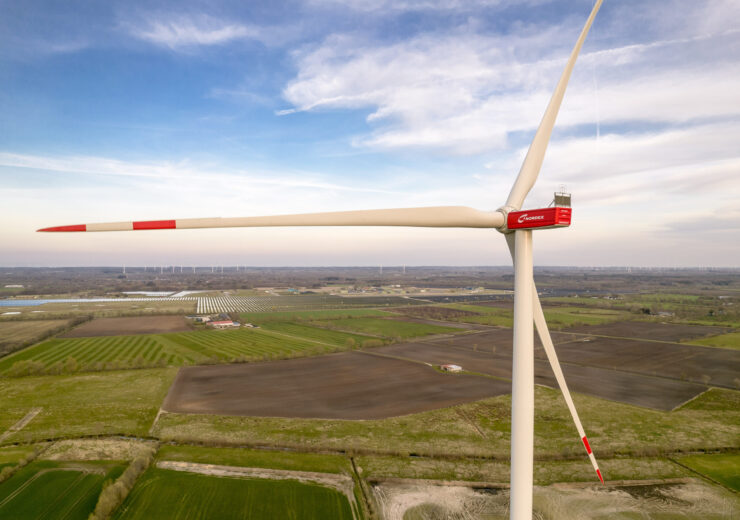 The Nordex Group continues its strong growth path in the Finnish market: a consortium comprised of the Finnish energy utility Helen Oy and Ålandsbanken Wind Power Fund has commissioned the Nordex Group to supply and install 25 N163/5.X turbines for the 147.5-MW Karahka wind farm. The order also includes the Premium Service for the turbines covering a period of 35 years.

The Karahka wind farm was developed by VSB Uusiutuva Energia Suomi Oy, the Finnish affiliate of the VSB Group, an international project developer and operator for wind energy and photovoltaics, headquartered in Dresden, Germany, and was given building permission in January 2022. Since then, VSB, majority owned by Partners Group, has sold the wind farm to the consortium. VSB is still responsible for infrastructure work, which is due to begin in 2023. The wind turbines are to be supplied and installation commenced by the Nordex Group in spring 2024.

The Karahka wind farm will be built in the north of the town of Oulainen in the region of North Ostrobothnia in Finland, some 40 kilometres to the east of the Gulf of Bothnia. Due to the harsh weather conditions in the winter months, the Nordex Group will be fitting the turbines with the Advanced Anti-Icing-System to prevent the formation of ice on the rotor blades and will be supplying the turbines in the cold-climate version.

In addition to this, a hybrid tower with a hub height of 168 metres will be used for the first time. The concrete section of this hybrid tower has been developed by the Nordex Group in-house and is based on many years of experience in their own development, production and installation of hybrid towers. The concrete tower elements for the turbines in the Karahka wind farm are produced in Finland. The great hub height enables the turbines to obtain the maximum energy yield at the site, which is characterized by average wind speeds.

Patxi Landa, CSO of the Nordex Group: “We are pleased that following the 165 MW Kalistanneva wind farm we are now able to implement a further project for Helen and Ålandsbanken Wind Power Fund in Finland and support Helen in its target of becoming climate-neutral by 2030. It is particularly noteworthy that for this project we will be working with a hub height of 168 metres, our highest hybrid tower, for the first time. Combined with the large rotor diameter of 163 metres, the turbines can be expected to produce large amounts of clean wind power at the site.”