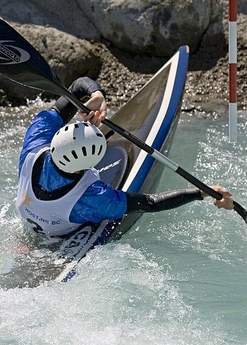 The Rutherford Creek hydroelectric project is a 49MW run of river project located in British Columbia’s Coastal Mountains about 20km north of the Whistler ski resort in the traditional territory of the Lil’wat First Nation. The project was completed in June 2004 and is owned and operated by Innergex Power Income Fund. Like the McNair Creek scheme, it was constructed under an EPC contract that guaranteed price, schedule and performance with Peter Kiewit Sons as the prime contractor and Knight Piésold as the lead design engineer. The project faced numerous challenges during construction, including a major flood event, and work hour limitations due to forest fire risk, but the civil works were still completed on schedule. The project includes many innovative design features, including:

The basic characteristics of the project are summarized as follows:

During the development phase there was extensive consultation with the local community, stakeholders and First Nations groups that helped to shape the final configuration of the project. This resulted in the inclusion of one of the longest and most extreme artificial whitewater kayaking parks in the world, as well as improved access and parking for snowmobilers that use the access road past the intake to access the Pemberton Icefields. There was also on-the-job training for the local First Nations and at the height of construction about 1/3rd of the workforce was First Nation. The Prime Contractor (Kiewit) and the Lil’wat First Nation also formed an ongoing joint venture after the construction was complete and built a pre-fabrication business for concrete products such as freeway barriers.

As with McNair Creek, the Rutherford Creek project had to go through a rigorous environmental assessment and permitting phase in order to secure all the Provincial and Federal approvals and licences.

The innovative design concepts developed by Knight Piésold and Kiewit resulted in significant cost and schedule benefits. A physical hydraulic model of 1:20 scale was built of the entire intake, including rubber weir, screens, vortex desander and penstock isolation gate. The final product performed so well that the need for an expensive desanding basin was eliminated, resulting in significant cost and schedule savings. The Rutherford Creek project was one of the first to use large diameter Weholite (HDPE) pipe in a hydroelectric power application. Although not much cheaper than steel pipe, the use of Weholite resulted in significant schedule savings.

The project now provides clean renewable energy to BC Hydro under a long term contract.