George W. Bush has commended the team of engineers that breached Embrey dam in Fredericksburg, Virginia in order to restore fish passage in Chesapeake Bay. 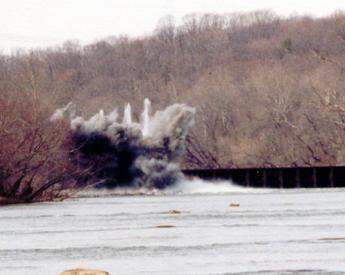 A US Army Corps of Engineers (USACE)-led project including planners, wildlife specialists, explosives experts and divers blew a series of holes in the dam in February this year, allowing the free flow of water in the Rappahannock river and upriver spawning of American shad for the first time in over 150 years.

Before its breach, Embrey dam had last been used to generate hydro power in the 1960s.