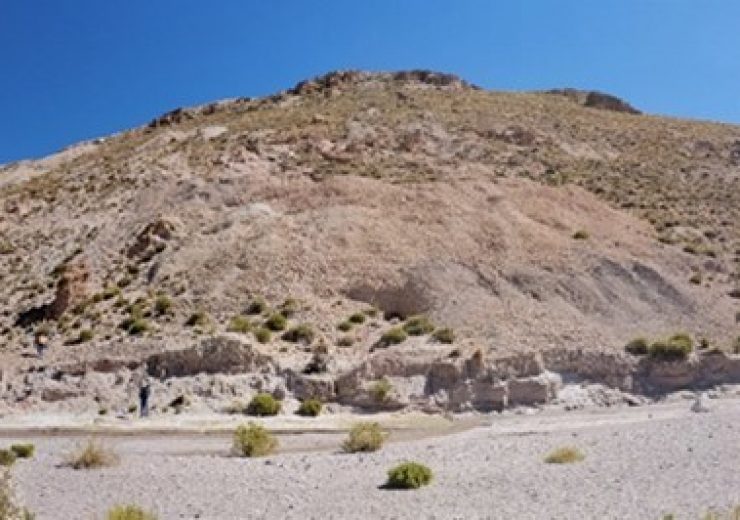 Dr. Mark Cruise, CEO of New Pacific, said, “I am pleased to announce that exploration licenses are in hand to commence our Phase I drill program at the Carangas Project. Our exploration team has identified and prioritized several drill targets to test for bulk tonnage and high-grade silver vein potential. Contingent on results, we will evaluate further exploration work at the Project. We look forward to providing updates on the progress of the drill program.”

“We are well-funded to continue executing on our strategy, including the completion of the Silver Sand Project PEA, exploration work at our properties and continued project generation efforts, all of which are geared toward creating shareholder value.”

The two exploration licenses for the Project are valid for five years and can be renewed upon expiry.  They allow a wide variety of early to advanced stage exploration activities including drilling, underground development, geological mapping, geochemical sampling and geophysical surveying.  An exploration license gives the holder the preferential right to request and enter into an Administrative Mining Contract (“AMC”) with the Jurisdictional Mining Administrative Authority in Bolivia (Autoridad Jurisdiccional Administrativa Minera or “AJAM”).

The Company’s exploration team has identified multiple targets with the potential to host near-surface bulk tonnage and/or high-grade silver mineralization. An initial discovery drill program of up to approximately 5,000 m is planned for 2021. Community approvals are in hand and the logistics team is currently establishing support facilities on site.

The Carangas Project is comprised of a Miocene aged, multi-phase, rhyo-dacitic, volcanic dome complex cut by silver-bearing hydrothermal breccias and veins. Interpreted to occur on the flank of a larger caldera collapse system, it has a surface expression of approximately 1.6 kilometers (“km”) east-west by 1.4 km north-south before dipping under a younger cover sequence. The volcanic complex is divided by an ephemeral stream into two separate domes called West and East Domes, both sitting 150 m above the surrounding alluvial plains.

The exploration team has identified four principal target areas based on analysis of extensive historic workings, limited prior exploration programs, and New Pacific due diligence, including extensive surface sampling and detailed geological and structural mapping in addition to mineral system analysis. For additional details, see the Company’s news release dated April 12, 2021. The four target areas are discussed below.

Initial drilling is designed to test the lateral and vertical extents of the system for a bulk tonnage and/or high-grade vein targets.

Initial drilling is designed to test the potential of the mineralized system adjacent to the Valley Zone (see below) where it trends below cover towards the West Dome target.

The area between the East and West domes is a flat river valley 200 m wide east-west and 800 m long north-south, filled by younger Quaternary sediments estimated to be up to 30 m thick.   Predominantly east-west trending fractures are mappable from East Dome to the Valley margin where they trend towards West Dome before dipping under cover.  At the south end of the valley, an isolated outcrop suggests the Valley Zone may host mineralization at relatively near-surface depths. This outcrop, called South Dome, is 200 m long and 80 m wide and is comprised of hydrothermally brecciated lithic tuff, which is cut by geochemically anomalous silver mineralized fractures, including silver grades of up to 113 g/t.

Initial drill targets are planned to test this concept.

Regionally, the Carangas mineralized domes are interpreted to occur on the southwest periphery of a large, now collapsed, 5 km by 3 km volcanic caldera complex (Figure 3 and Figure 4). The postulated center of the complex is now partially infilled by younger sediments.  Occasional sparse outcrop of pervasively altered (sericite to argillic) lithic tuffs are indicative of high levels in a hydrothermal system, potentially suggesting the presence of a target at depth.

The Carangas Project is located within 50 km of the Bolivian border with Chile, approximately 180 km southwest of the city of Oruro. In line with many South American countries, Bolivia does not permit foreign entities to own property within 50 km of international borders (the “Restricted Area”).  Property owners in the Restricted Area are, however, permitted to enter into mining association agreements, or joint ventures, with third parties, including foreign entities, for the development of mining activities under Bolivian Law No. 535 on Mining and Metallurgy (the “Mining Law”).

The Carangas Project is comprised of two exploration licenses covering an area of 6.25 km2 and owned 100% by the Company’s Bolivian joint venture partner. New Pacific has entered into a mining association agreement with the Bolivian partner (the “Joint Venture”), under which New Pacific is required to cover 100% of the future expenditures on exploration, mining, development, and production activities in return for 98% economic interest in the Project.

While the Company believes the Joint Venture is legally compliant with the Restricted Area requirements and the Mining Law, there is no assurance that the Company’s Bolivian partner will be successful in obtaining the approval of AJAM to convert the two exploration licenses into an AMC.