The 25th World Energy Congress, which is dedicated to the centenary of the World Energy Council, will take place on 24–27 October 2022 in St. Petersburg 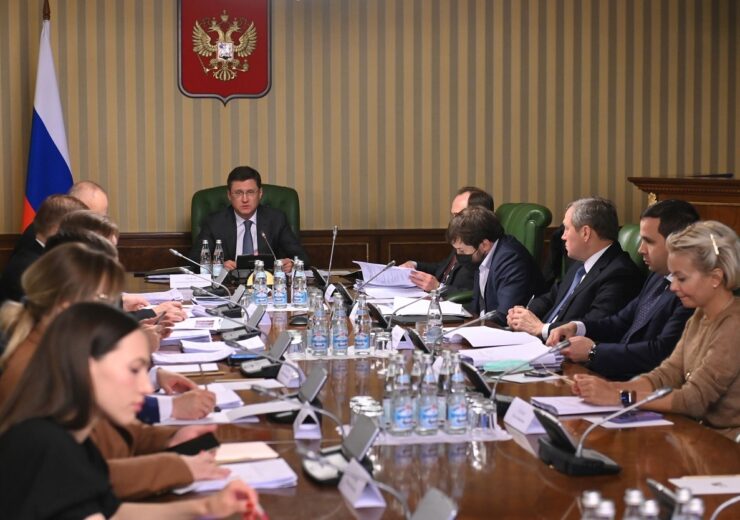 The Organizing Committee in charge of preparing the 25th World Energy Congress, which will be held on 24–27 October 2022 in St. Petersburg, held its fourth meeting in Moscow chaired by the Russian Deputy Prime Minister and Chairman of the Presidium of the Russian National Committee of the World Energy Council Association Alexander Novak.

Opening the meeting, Novak noted the collaboration among all members of the World Energy Congress 2022 Organizing Committee: “Today, truly active work is under way in all key areas of preparation: we are preparing the business, cultural, and youth programmes of the upcoming Congress, and St. Petersburg and the Expoforum venue are getting ready for the World Energy Congress 2022 event. The invitation campaign is successfully under way, and interaction with Russian and foreign sponsors has been established. I am certain that these joint efforts will enable us to fulfil the ambitious task of organizing the largest and most memorable World Energy Congress in history,” he added.

In her welcome address, World Energy Council Secretary General and CEO Angela Wilkinson noted the importance of St. Petersburg hosting the World Energy Congress and the event’s role in shaping the future of energy: “For almost a century the World Energy Congress has utilised the collective power of the world’s energy community to turn ideas and inspiration into meaningful and lasting action. The Council’s tri-annual gathering brings together leaders and industry experts from across the globe working together to shape the future of energy.

“The coming congress in St Petersburg will be a celebration of the role of people and communities in driving change and a demonstration of why humanising energy is the best way to ensure diverse and connected energy societies flourish together through the energy transition. We will be bringing together a broad range of energy producers and stakeholders, from both the traditional oil and gas industry and the growing renewables and other new energy sectors. The Congress provides a fantastic opportunity to showcase the most exciting and ground-breaking advances in energy and provide a unique space for informed leadership dialogue about how we can place people at the heart of the energy transition,” said Dr. Angela Wilkinson.

Adviser to the Russian President and Executive Secretary of the World Energy Congress 2022 Organizing Committee Anton Kobyakov shared details of preparations for the World Energy Congress 2022. “The Congress will feature innovative advances in energy and introduce the people behind them. It will offer a unique space for new partnerships, deals, and an information exchange in all sectors and industries. The invitation campaign is actively under way: more than 120 energy ministers and 140 heads of major foreign companies have been invited. I am certain that the discussions in St Petersburg between representatives of the new generation of energy will seek to get people involved in a dialogue, provide an understanding of the needs of those affected by the energy transition, eliminate its social implications, and also serve to ensure joint innovations and the implementation of common ideas,” he noted.

Speaking about the cultural programme of the World Energy Congress 2022, Russia State Secretary and Deputy Minister of Culture Alla Manilova said: “It’s crucial that there is no doubt whatsoever about our hospitality. Leading federal museums and theatres will offer a bright palette of events that will be popular among the guests of the Congress. St. Petersburg will also open the doors of its institutions to delegates.”

St. Petersburg Governor Alexander Beglov wrapped up the meeting of the Organizing Committee by reporting about the city’s preparedness to host leaders of the energy industry and the experience the city has gained from hosting major international  conventions and exhibitions.