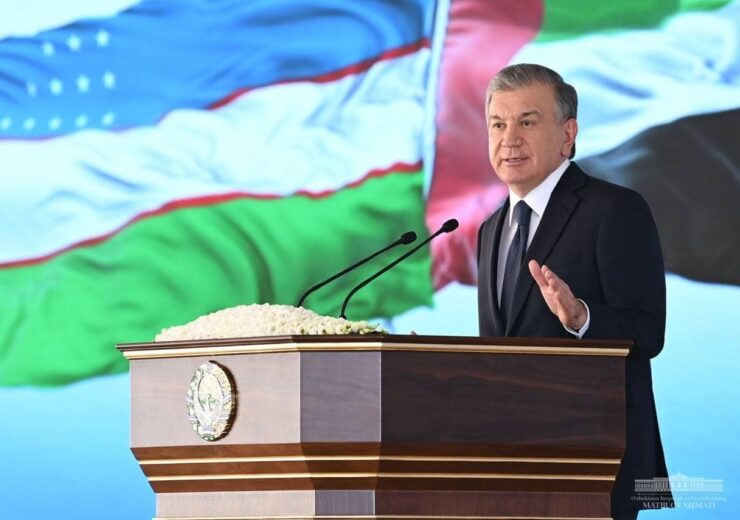 His Excellency Shavkat Mirziyoyev, President of the Republic of Uzbekistan, said, “In the next five years, we plan to increase our economy’s growth rate by 1.5 times, and bring GDP to at least US $100 billion. Thousands of new industrial enterprises, both medium and large will be launched, and electricity demand is set to reach 100 billion kilowatt-hours – 30 billion more than now. Therefore, we have very big plans for new reforms and projects in the electric power industry. In the next five years, 19 projects worth US$6.5 billion will be launched to create 11,500 MW of new capacity.”

HE Alisher Sultanov, Minister of Energy for the Republic of Uzbekistan, said, “Uzbekistan has been working closely with the IFC to open up the country’s power sector to private investment and to help us reach our goal of 25% of energy consumption deriving from renewable sources by 2030. We have a huge variety of projects underway, and already completed. It is my great pleasure to update audiences on our progress. Uzbekistan is committed to policy goals to improve energy efficiency and increase renewable energy’s share of the country’s energy mix.”

HE Dr Sultan Ahmed Al Jaber, Minister of Industry and Advanced Technology, UAE Special Envoy for Climate Change, and Chairman of Masdar, said, “Renewable energy will deliver a cleaner and more sustainable future for Uzbekistan, and enable it to contribute to global action on climate change. This project, and the other solar and wind projects Masdar is building across Uzbekistan, will also power a new phase of industrial growth, and provide rewarding careers for thousands of Uzbek people. Importantly, they demonstrate Uzbekistan’s leadership in clean energy in the region. As we approach COP 26, in this crucial decade for climate, this is a vital mission, and one which the UAE is honored to support.”

H.E. Suhail Al Mazrouei, the UAE Minister of Energy and Infrastructure, said, “This event highlights the strength of the relationship between the Republic of Uzbekistan and the United Arab Emirates in the renewable energy field, along with many other sectors. This utility-scale project represents a significant step forward in Uzbekistan’s energy transition, and the UAE is committed to supporting Uzbekistan on every stage of its renewable journey.”

Mohamed Jameel Al Ramahi, Chief Executive Officer of Masdar, said, “This is a historic occasion for Uzbekistan and a proud moment for all of us at Masdar as we take this vital step in Uzbekistan’s clean-energy journey. The Nur Navoi Solar Project will play a significant role in Uzbekistan’s energy transition and in achieving its climate change objectives. I look forward to continuing our highly successful collaboration with the Government of Uzbekistan, through our strong portfolio of wind and solar projects with a total capacity of around 2.5 GW in the country, a key strategic investment destination for Masdar.”

Masdar signed agreements in 2019 with the Government of the Republic of Uzbekistan and JSC National Electric Grid of Uzbekistan (NEGU) to design, finance, build, own and operate the solar plant. Masdar established Nur Navoi Solar FE LLC as the local project company to deliver the PV plant, and to operate and maintain it over a 25-year period.

Nur Navoi is the first Masdar project to begin operations in Uzbekistan, with the company having committed to a number of other solar and wind projects in the Central Asian country. In July, Masdar signed agreements to develop two PV projects in the country for a combined capacity of 440 MW. Commercial operation of the projects, which will be located in the Samarkand and Jizzakh regions of Uzbekistan, is expected to start in the first quarter of 2023.

Masdar has also won the tender for another solar project in Uzbekistan, for a 457 MW photovoltaic solar power plant in the Sherabad district of the Surkhandarya province.

Masdar has also agreed to develop, build and operate a 500 MW wind farm in Zarafshan, and in April, the company signed an Implementation Agreement with the Government of Uzbekistan to extend the capacity of the project to up to 1.5 gigawatts (GW), making it the largest in Central Asia.

Under its renewable energy program, Uzbekistan aims to deploy 5 GW of solar and 3 GW of wind power capacity by 2030, as it targets meeting 25 percent of electricity needs from renewable sources by that year. This month, Uzbekistan’s Energy Ministry said it was considering raising the energy targets to 7 GW for solar and 5 GW for wind power.