The hot commissioning of the 3.8mtpa concentrator plant at the copper project in DRC began ahead of schedule 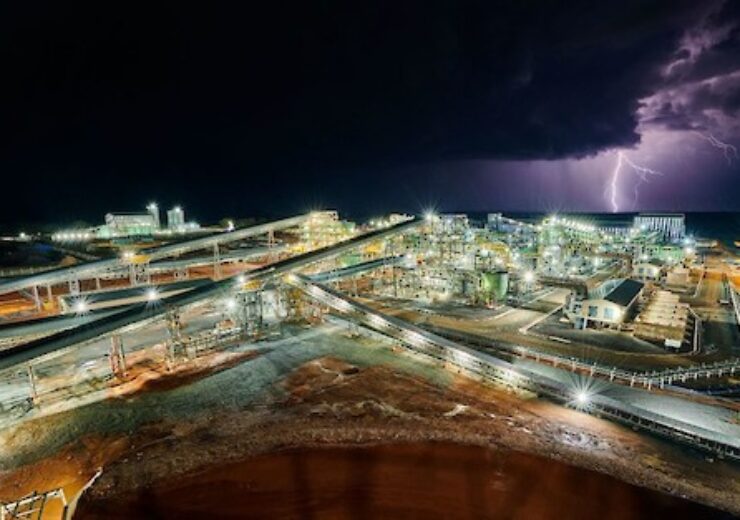 Ivanhoe Mines and its partners have started hot commissioning of the phase 2 concentrator plant of the Kamoa-Kakula copper project in the Democratic Republic of Congo (DRC).

The hot commissioning of the 3.8 million tonnes per annum (mtpa) concentrator plant began ahead of schedule, said the Canadian miner.

The company said that it had introduced the first ore into the phase 2 milling circuit earlier this week, and first copper concentrate was produced. The milestone was achieved nearly four months ahead of the originally announced development schedule, said the miner.

According to Ivanhoe Mines, the phase 2 concentrator plant and the phase 1 plant of the Kamoa-Kakula copper project are identical. Both have a design throughput of 475 dry tonnes per hour.

Meanwhile, a de-bottlenecking programme at the project, which was announced last month, is in progress, said the Canadian miner. The programme aims to ramp up the copper production to over 450,000 tonnes per year by Q2 2023.

Ivanhoe Mines has a stake of 39.65% in Kamoa Copper, the owner of the Kamoa-Kakula copper project. The other partners in the Kamoa Copper joint venture are Zijin Mining Group (39.6%), Crystal River Global, and the DRC government (20%).

Kamoa Copper CEO Mark Farren said: “The entire Kamoa Copper team has done a tremendous job in getting the Phase 2 plant up and running less than 10 months after the Phase 1 plant began operations.

“The commissioning of the Phase 2 plant is the second important step on the path to establish Kamoa-Kakula as one of the two largest copper mining complexes on our planet … with a mine life that will last for generations. Kamoa-Kakula is by far the greenest and highest-grade major copper producer in the world.”

Farren added that the focus will be on a phase 3 expansion at the Kamoa-Kakula copper project, which is presently slated to start operations by the end of 2024.