In Colombia, Interoil has signed a farm-out agreement with SLS and Quantum Resources for the drilling of the remaining committed exploratory well (Mazorca) in the Altair block 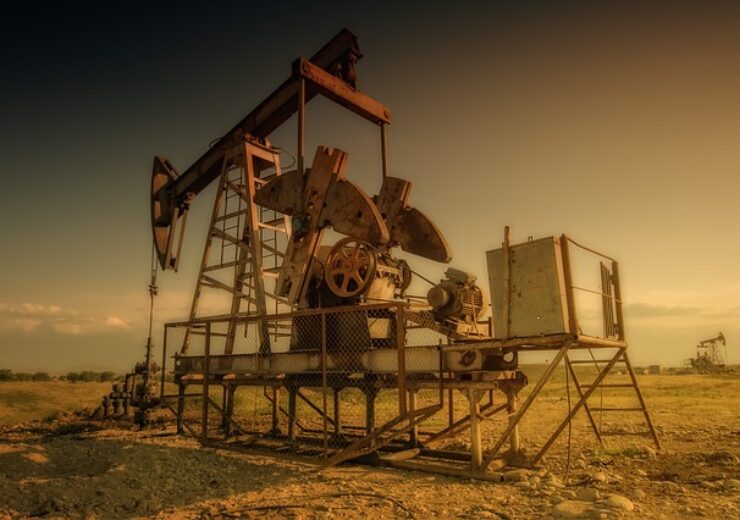 Interoil Exploration and Production ASA (“Interoil”) is pleased to announce two transactions which strengthen the company’s production growth outlook in both Colombia and Argentina.

In Colombia, Interoil has signed a farm-out agreement with SLS and Quantum Resources for the drilling of the remaining committed exploratory well (Mazorca) in the Altair block. This agreement is subject to Interoil’s obtainment of the funding required to meet its obligations under the farm-out agreement.  The subscription of the small private placement (the “Private Placement”) announced herein constitutes a Company action aimed at securing such funding.

In Argentina, Interoil has signed an agreement with Velitec SA to invest in the re-opening of 15 wells in the Mata Magallanes Oeste (MMO) oil field, including the reconditioning of the nearby dispatch battery at the Las Mesetas #3 (LM#3), located within Las Mesetas Field treatment facility (currently owned and operated by YPF).

Interoil is further announcing a Private Placement of new shares of up to (NOK equivalent) EUR 999,999. The successful completion of this share issue shall provide the Company with funds required to trigger the start of drilling activities at the Mazorca well in the Altair Block.

“We are very enthusiastic about these agreements, which squarely position the company for organic growth in a prolific hydrocarbon area in Colombia, unlock valuable oil production in Argentina and further strengthen Interoil’s financial flexibility. We look forward to a successful collaboration with our partners SLS and Quantum Resources as well as Velitec SA.”

Drilling of the Mazorca well in the Altair block will commence shortly. As part of the agreement, SLS and Quantum Resources will retain a 22 percent equity interest in the well and cover 50 percent of the drilling expense. The cost of the well is estimated at between US$ 3.0 million (for dry well) and US$ 3.3 million (for a successful discovery).

The well will target multiple objectives along its path where the primary exploration target is the Gacheta formation (3,000 meters depth), which is an important producing formation in the Llanos Basin and has shown hydrocarbon potential in the Altair Block, specially the Mizar-1 well which has produced sweet 20 API oil at 337 bopd and Altair-1 which has shown oil but never tested due to mechanical problems when casing the well for testing. Interoil estimates Mazorca’s prospective resources to reach 1.5 MMbbls with a 36 percent Probability of Success (PoS). Interoil’s exploration commitment at Altair will be fulfilled with this new well.

Plans in Argentina involve downhole intervention in two wells in MMO plus the refurbishing and certification approval of the surface facilities in LM#3.  The gas produced will then be used to fuel surface facilities (production and treatment equipment) for the re-opening of oil production from an initial 15 wells aiming at reaching around 120 bopd, up from the current 17 bopd.

The investment of this program is estimated at US$ 0.85 million, which will be funded and carried out 100 percent by Velitec SA, and repaid with 50% of the net oil sales. Interoil will retain all equity in the license.

MMO’s oil production will be trucked to LM#3, a dispatch battery placed in the nearby Las Mesetas field and then either sold directly at site or pumped through a YPF oil pipeline to TERMAP, an export terminal, located in the city of Caleta Olivia. The LM#3 export alternative further strengthens MMO’s economic and operational performance.

The Company is announcing a small private placement of new shares in the Company with gross proceeds of up to the NOK equivalent of EUR 999,999.  The Private Placement is directed towards Norwegian investors and international institutional investors pursuant to and in compliance with applicable exemptions from relevant registration, filing and prospectus requirements, and subject to other applicable selling restrictions. The minimum subscription amount in the private placement will be NOK 10,000. The Private Placement will be exempt from prospectus requirements in Norway as the maximum offer size is below EUR 10,000,000.

The net proceeds from the Private Placement will be used for capital investments in the well farmed-out to SLS and Quantum Resources. The Company decided that the best alternative is to raise the necessary funding for the exploration wells through this Private Placement.

The subscription price in the Private Placement is established at 1.33 NOK per share. This price was calculated on the basis of a 90-day, volume-weighted average price plus a 10 percent discount, as of close of business 3 March 2021.  The application period commences on 8 March 2021 at 09:00 (CET) and will close on 15 March 2021 at 16:30 hours (CET).  The Company reserves the right to close or extend the application period at any time at its sole discretion, at short notice.

Instructions on how to submit applications in the private placement, as well as expected timeline for settlement and delivery of shares will be published by the Company in a separate release prior to commencement of the application period.

The final allocation will be made at the discretion of the Board.

The completion of the Private Placement is conditional upon approval by the Board.

The Company has considered the Private Placement in light of the equal treatment obligations under the Norwegian Securities Trading Act and the rules on equal treatment under Oslo Rule Book II for companies listed on the Oslo Stock Exchange and the Oslo Stock Exchange’s Guidelines on the rule of equal treatment, and the Board is of the opinion that the contemplated transaction is in compliance with these requirements and guidelines. Taking into consideration the time, costs and expected terms of alternative methods of the securing the desired funding, the Board has concluded that offering new shares in a private placement on acceptable terms at this time is in the common interest of the shareholders of the Company.

Advokatfirmaet Schjødt AS is acting as legal advisor to the Company in connection with the Private Placement.