This infrastructure, weighing some 3,400 tonnes, will be the energy heart of the 500 MW Saint-Brieuc offshore wind farm, Iberdrola's first in France and the second in operation in the country 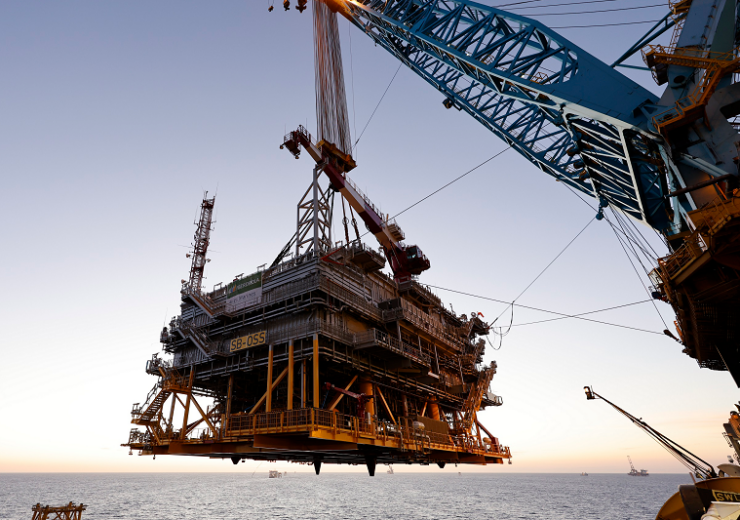 Iberdrola has successfully completed the offshore installation of the substation for the Saint-Brieuc offshore wind farm in Brittany, France. This infrastructure will be the energy centre of the facility which, once it comes into operation in 2023, will become Iberdrola’s first major site of this technology in France, the company’s fourth in the world, and the second in operation in France.

Weighing some 3,400 tonnes – heavier than 20 Boeing 747 aircraft – this substation will be responsible for collecting all the electricity produced by the plant’s 62 wind turbines, estimated at 1,820 GWh/year. The output is enough to supply the needs of 835,000 homes, including heating, and avoid the emission of almost 200,000 tonnes of CO2 per year into the atmosphere.

To transfer the electricity generated to land, the company will install 90 kilometres of submarine cable, almost three times the length usually required for an onshore wind farm. All cables between wind turbines will be buried to ensure safe navigation and the maintenance of fishing activities within the wind farm.

This electricity distribution infrastructure was built in Belgium by a joint venture comprising Smulders (a subsidiary of Eiffage Metal) and Equans. The former has carried out the engineering and construction of both the foundations and the substation that houses the transformers and other electrical equipment – supplied by GE Renewable Energy Grid Solutions -, while the latter has carried out its assembly and will be responsible for its commissioning.

The structure supporting this substation consists of a 63-metre-high jacket foundation weighing 1,630 tonnes. The substation is 55 metres long, 31 metres wide and 23 metres high, with a total weight of approximately 3,400 tonnes.

Both elements arrived in the park area at the end of June from the Belgian shipyards of Equans in Hoboken and Heerema Fabrication Group in Vlissingen, where the substation and the foundation have been manufactured, respectively.

According to Emmanuel Rollin, head of Iberdrola’s offshore business in France, when this facility comes on stream, “the department of Côtes d’Armor, led by the Saint-Brieuc offshore wind farm, will be the leading contributor of renewable energy in Brittany, producing the equivalent of 9% of the region’s total electricity consumption”.

This project has generated 1,250 direct jobs in Avilés and Fene. In addition, as a result of this contract – valued at €350 million – Navantia-Windar has opened a plant in Brest, France, where the 186 stabbings and intermediate platforms of the transition pieces and the lattice structure for 34 of the 62 structures of the park have been manufactured, generating 250 jobs.

The construction of the Saint-Brieuc wind farm will generate more than 1,500 jobs in France, distributed among various companies in the country (including 250 at the Navantia-Windar Brest plant). In total, this means the creation of at least 2,750 jobs between the two countries.

The Saint-Brieuc platforms stand on three legs. Each is up to 75 metres high, 25 metres wide and weighs 1,150 tonnes. Iberdrola has used for the first time an innovative hydraulic device called pile grippers to fix these structures, which provides additional fixation and stability during the installation phase, which is expected to begin in the coming months.

Iberdrola has already awarded Navantia-Windar contracts worth more than €1 billion, including the award to Windar of the transition parts for the Baltic Eagle offshore wind farms in Germany and Vineyard Wind 1 in the United States, as well as the orders already completed for Wikinger in the Baltic Sea and East Anglia One in the United Kingdom.

Furthermore, this collaboration has contributed to making Navantia a global benchmark in the construction of offshore wind components and the leading supplier of this type of structure in France, with one of the greatest development potentials in this industry in Europe.

Located some 16 kilometres off the coast, the Saint-Brieuc offshore wind farm will cover an area of 75 square kilometres. Its construction represents an overall investment of nearly 2.5 billion euros.

This new facility demonstrates Iberdrola’s commitment to the French market, where the company plans to invest around €4 billion by 2025, mainly in renewable projects.

Offshore wind energy is one of the keys to Iberdrola’s growth. Just as the group was a pioneer in its commitment to onshore wind power two decades ago, the company is leading the development of offshore wind power.