A solar plant in Ciudad Rodrigo will comprise 826,200 solar panels and is expected to create 800 jobs during peak construction time 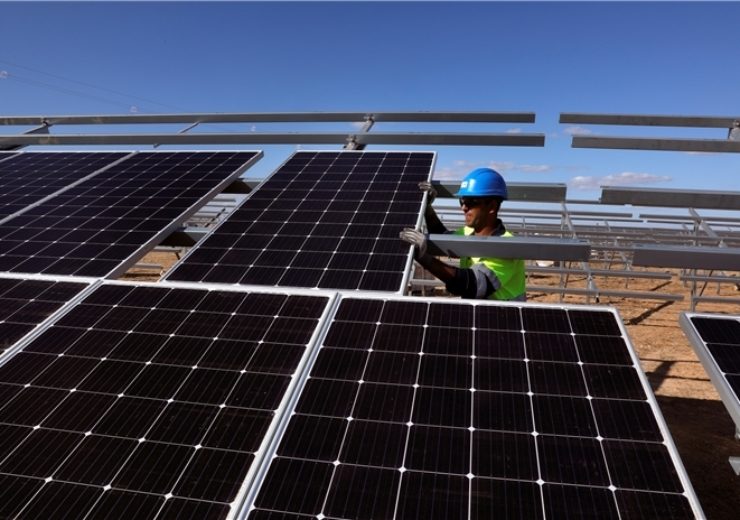 Spain-based electric utility company Iberdrola has begun processing the formalities for the construction of its two solar photovoltaic (PV) projects with a combined capacity of 350MW in Castilla y León, Spain.

The two PV projects include a 300MW project in Ciudad Rodrigo and a 50MW project in Villarino in the province of Salamanca, Spain.

Iberdrola said that the new solar plants will be built to strengthen its position in Spain in renewable energy, where it already manages over 5,100MW of hydraulic and wind plants.

Slated to be built in 2021, the solar plant in Ciudad Rodrigo will comprise 826,200 solar panels and is expected to create 800 jobs during peak construction time.

Iberdrola currently has a total of 4,000MW renewable projects in Spain

In addition to these projects, the Spanish electric utility firm has also secured grid access for 500MW of new renewable power capacity, which will comprise a 300MW wind farm and a 200MW solar plant.

The company is planning to invest in renewable energy projects in Spain along with the installation of a 3GW capacity by 2022 and is estimating to install 10GW by 2030.

Along with the projects under way, Iberdrola currently has a total of 4GW of both wind and solar projects in Spain that are under construction or in the pipeline.

The company operates over 5.1GW of hydraulic and wind projects in Castilla y León.

Recently, the company has started construction on the 50MW Andevalo PV plant in Andalusia, Spain.

To be located within Iberdrola’s El Andevalo wind complex in Huelva province, the solar park is part of the 1.1GW of new renewable energy projects announced by the company in the region.

Slated to begin operations in 2020, the Andevalo solar park will avoid more than 100,000 tonnes of carbon dioxide (CO2) emissions per year and will also create jobs and improve the economy.