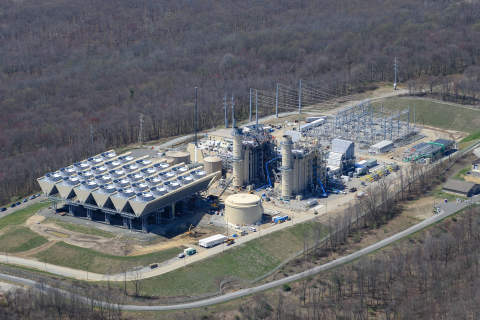 Image: The CPV Towantic Energy Center in US. Photo: courtesy of Business Wire.

Said to be one of the most efficient in the world at 63%, the GE’s 7HA technology is expected to contribute to regional air quality improvements by replacing older, less efficient power generation.

Primarily fueled by clean natural gas, the facility’s capacity, energy and ancillary services will be sold into the ISO New England market.

The CPV Towantic Energy Center, which employed 700 people at peak during construction phase, is the second major facility to be completed by Gemma for CPV with the first being 800MW facility in Palm Springs, California in 2013.

CPV CEO Gary Lambert said: “Our CPV Towantic Energy Center is one of the most efficient and environmentally responsible electric generators in the world today.

“Achieving commercial operation means that we will improve the reliability of the regional electric system, reduce energy cost and continue the modernization of North America’s power grid.”

With the commencement of the operations, NAES has assumed the operation and maintenance of the CPV Towantic Energy Center, which is now supplying electricity to power more than 800,000 homes.

NAES said in a statement: “Combining the most advanced generation technology available with clean natural gas and state-of-the-art emissions controls, CPV Towantic is the cleanest, most efficient generator in Connecticut.”

The Towantic project is part of GPS’s 3,000MW of projects under construction in five states in the US.

Commenting on the project, Connecticut governor Dan Malloy said: “The Towantic project is a positive for our state and our region.

“From the hundreds of construction jobs created, to the potential for economic development in adjacent lots, to 805 megawatts of new electricity, I am pleased to see the plant come to fruition.”