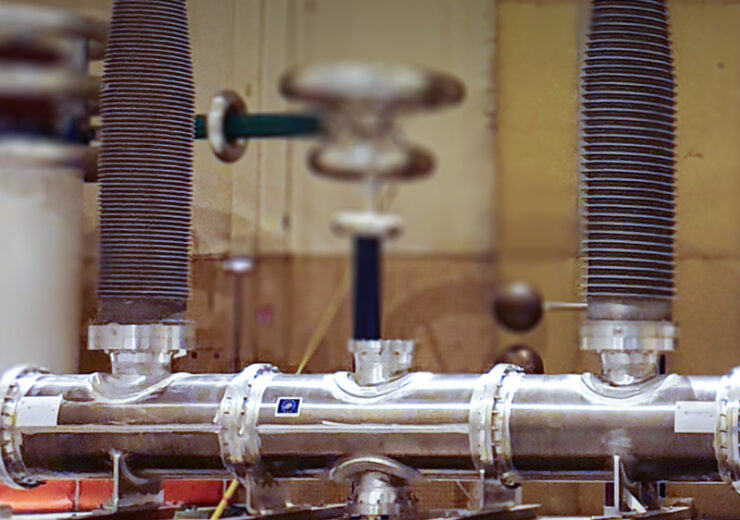 In a historical milestone for the power industry, GE Renewable Energy’s Grid Solutions (NYSE-GE) unveiled the world’s first 420 kV, 63 kA g3 gas-insulated substation (GIS) circuit-breaker1 prototype. The g3 circuit-breaker was presented to a group of leading transmission utilities from across Europe, at a recent virtual roundtable event. The performance achieved by the prototype means that the industry will soon have a viable SF6-free alternative for high voltage products. GE’s 420 kV fully g3 gas-insulated substation (GIS), which includes the g3 circuit-breaker, is expected to be commercially available in 2023.

A circuit-breaker is protective equipment that is critical to any substation and mainly used to cut or redirect power through another path if there is a problem on the electrical grid. This new circuit-breaker relies on GE’s game-changing g3 (pronounced “g”-cubed) gas-insulating and switching technology. g3 technology allows GE to build electrical equipment with the same high performance and compact size as traditional SF6 products2, along with a gas CO2e impact reduced by 99%.

“The development of GE’s 420 kV g3 circuit-breaker is a historical milestone for the power industry as it will allow utilities to accelerate the decarbonization of their electrical grids. Until today, there was no viable alternative to SF6 for GIS at the 420 kV level, the highest voltage level in Europe. This means that the g3 technology can also be applied to all existing main voltage levels around the world. We are proud to be at the forefront of the effort to create a cleaner grid and are currently developing other g3 circuit-breaker types, according to our roadmap,” said Vera Silva, Chief Technology Officer at GE’s Grid Solutions.

To develop the 420 kV g3 circuit-breaker, GE’s LifeGRID project received funding from the European Union under the European Commission’s LIFE Programme. GE’s Grid Solutions’ research and development experts collaborated with several European partners on the project, including SSEN Transmission, who contracted with GE in December 2020 to install the world’s first 420 kV g3 GIS featuring the g3 circuit-breaker, at its Kintore substation in Scotland.

“Delivering a network for net zero is core to our long-term strategy—although our environmental commitment extends much beyond that,” said Matthew Barnett, SSEN transmission electrical plant subject matter expert. “To help us achieve this, we’re delighted to support GE with the LifeGRID project, which works to overcome one of the biggest technical challenges in removing SF6 from new equipment through the development of a 420 kV SF6-free circuit-breaker. The successful testing performed so far is an important step in showing that the SF6-free circuit-breaker is technically achievable.”

Today, more than 30 leading electrical utilities from 12 European countries and South Korea have already adopted GE’s g3 products for their high voltage networks, avoiding the addition of more than a million tons of CO2 equivalent to the grid. That’s the equivalent of removing about half a million petrol cars from the road for one year.