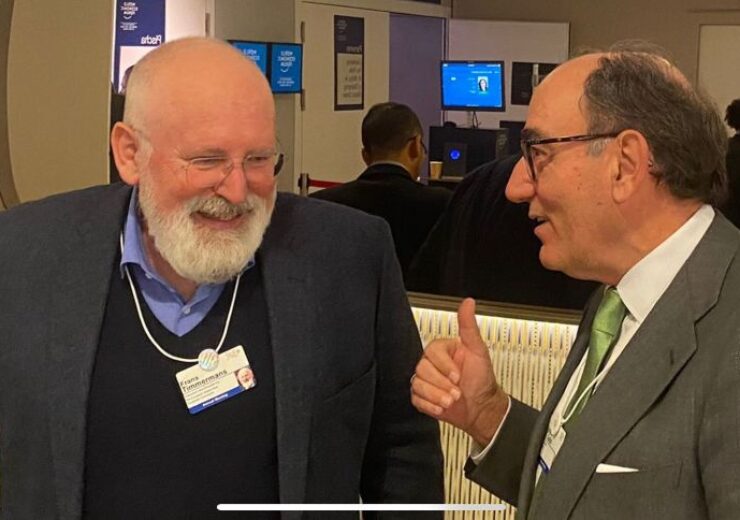 Ignacio Galán, Chairman of Iberdrola, announced at the World Economic Forum in Davos that the company will invest €3 billion in green hydrogen to accelerate the ‘European Green Deal’. Galán pointed out that green hydrogen is now a major European challenge, an opportunity and that a stable European framework must be designed to boost investment in this technology.

The Chairman of the Spanish utility highlighted that green hydrogen is set to bring enormous industrial opportunities to energy uses that are difficult to electrify. We cannot miss this train – he added – and, similarly to the rest of green technologies, a stable regulatory framework is required in order to attract investment. He also emphasised that a coordinated EU action is essential to achieve the ambitious targets, which include multiplying green hydrogen production capacity by 2,000 times.

Iberdrola has been a pioneer in this technology, after the inauguration on May 13 of the largest green hydrogen plant for industrial use in Europe. The plant will produce 3,000 tons of green hydrogen per year and the company has a project pipeline which will require €9,000 investments in total.

These investments have been agreed in the framework of the Manifesto on Implementing the European Green Deal in the New Global Context. Members of the CEO Action Group for the European Green Deal are ready to work together with policy makers to transform Europe into a greener continent, turning severe energy needs and global food security risks into economic opportunities. Action Group members have reinforced their commitment to accelerate Europe’s green transition and stand ready to support European governments in developing policies that are “fit for purpose.”

IBERDROLA, AN EXAMPLE OF VALUE GENERATION
Galán believes that Iberdrola’s track record over the past 20 years showcases that a company’s commitment to the fight against climate change not only benefits the environment, but also its shareholders and society in general.

Over the past 20 years, Iberdrola has grown sixfold in size, becoming the leading company on the Spanish stock exchange, with a capitalization of close to €70 billion, the largest electricity company in Europe and one of the world’s four largest.

As a result of this growth, Iberdrola maintains 400,000 supplier jobs worldwide, has 40,000 employees and contributes more than €30 billion to the GDP of the countries where it operates.