Equinox Gold Pours First Gold at its Santa Luz Mine 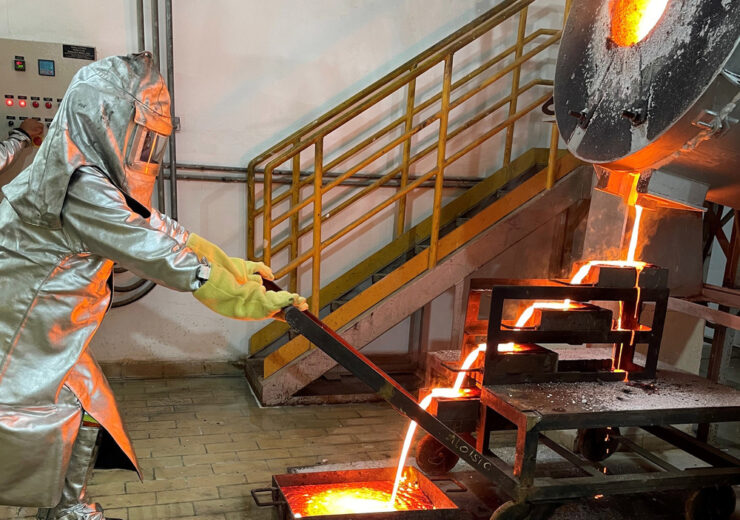 Equinox Gold Corp. (TSX: EQX) (NYSE: EQX) (“Equinox Gold” or the “Company”) has poured first gold from the resin and elution circuit at its new Santa Luz Mine in Brazil.

Santa Luz construction has been completed on time and on budget, with no lost-time injuries. Commissioning commenced in February 2022 and the mine is expected to ramp up to commercial production over the next few months. When operating at capacity, Santa Luz is expected to produce approximately 100,000 ounces of gold annually. During 2022, with a partial year of production, Santa Luz is expected to produce 70,000 to 90,000 ounces of gold. The mine has expansion potential from underground development opportunities and several exploration targets within the greenstone belt that extends between Santa Luz and Fazenda Mine.
Christian Milau, CEO of Equinox Gold, commented: “Congratulations to the Santa Luz team and contractors for achieving this significant milestone. Completing construction safely, on time and on budget, despite the additional challenges of the COVID-19 pandemic, is testament to the team’s hard work and dedication to the project. We are also celebrating Santa Luz’s achievement of three million work hours without a lost-time injury.

“Santa Luz is the second project Equinox Gold has built in Brazil and our third since starting the company. With Santa Luz ramping up to full production, we are focused on constructing our Greenstone project in Ontario, Canada, with first gold pour targeted for the first half of 2024.”

Equinox Gold is also pleased to announce that plant operations at the Company’s RDM Mine resumed on March 14th, following a temporary suspension on February 26th to reduce water levels in the tailings storage facility in compliance with a Brazilian legislative change declared in February 2022. Mining and stockpiling of ore continued during the suspension of plant operations.