Enel invested around 3 billion Brazilian reais, equal to around 620 million euros at the current exchange rate, in the construction of the 716 MW Lagoa dos Ventos wind farm 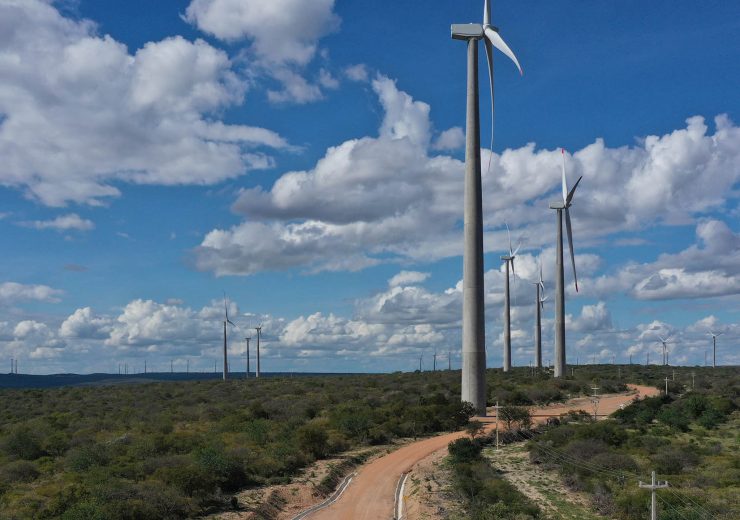 The Enel Group’s Brazilian renewable energy subsidiary Enel Green Power Brasil Participações Ltda. (“EGPB”) has started commercial operations of the 716 MW Lagoa dos Ventos wind farm, which is the largest wind facility currently in operation in South America and Enel Green Power’s largest wind farm worldwide. The construction of the 716 MW facility, located in the municipalities of Lagoa do Barro do Piauí, Queimada Nova and Dom Inocêncio, in Brazil’s northeastern state of Piauí, involved an investment of around 3 billion Brazilian reais, equivalent to around 620 million eurosat the current exchange rate.

“Lagoa dos Ventos is a record-breaking wind project and its start of commercial operations is an important milestone for Enel Green Power worldwide, especially in light of the challenges of the global health scenario,” said Salvatore Bernabei, CEO of Enel Green Power and Head of Enel’s Global Power Generation business line. “As our largest wind facility in the world, Lagoa dos Ventos represents a significant step forward for our sustainable growth, while also supporting the green recovery in Brazil, further contributing to the diversification of the country’s energy mix.”

The 716 MW Lagoa dos Ventos, which is now fully up and running, is comprised of 230 wind turbines and will be able to generate over 3.3TWh per year while avoiding the emission of over 1.9 million tons of CO2 into the atmosphere. Out of the wind farm’s total installed capacity, 510 MW were awarded to Enel Green Power in Brazil’s A-6 public tender in December 2017 and is supported by 20-year power supply contracts with a pool of distribution companies operating in the country’s regulated market, while the output from the remaining 206 MW will be delivered to the free market for sale to retail customers, leveraging Enel’s integrated presence in the country.

In December 2020, Enel announced the start of construction of the new 396 MW Lagoa dos Ventos III wind project. With the new wind farm, which will require an investment of around 360 million euros, the total capacity of Lagoa dos Ventos will reach around 1.1 GW. The entire wind complex will have 302 wind turbines and will be able to generate around 5.0TWh annually, avoiding the emission of over 2.8 million tons of CO2 into the atmosphere each year.

Given the large scale of the project, EGPB designed an innovative plant layout based on a high-resolution wind resource assessment to optimize Lagoa dos Ventos’s energy output. In addition, EGPB used a variety of innovative tools and methods to build the project, such as proximity sensors on machinery to boost site safety, drones for topographic survey, smart tracking of wind turbine components, advanced digital platforms and software solutions to monitor and remotely support site activities and plant commissioning, as well as a specific tool for wind turbine generator erection schedule optimization. These processes and tools enabled swifter, more accurate and reliable data collection, improving the quality of construction and facilitating communication between on-site and off-site teams. The company also implemented initiatives in line with EGP’s “Sustainable Construction Site” model, such as water saving and recycling as well as lighting efficiency measures.

In Brazil, the Enel Group, through its subsidiaries EGPB and Enel Brasil, has a total renewable installed capacity of over 3.7 GW, of which 1,498 MW are wind, 979 MW solar and 1,269 MW hydroelectric.

Enel is a multinational power company and a leading integrated player in the global power and renewables markets, as well as a main gas operator in the retail market.

It is the largest European utility by ordinary EBITDA, and is present in over 30 countries worldwide, producing energy with around 88 GW of installed capacity.

Enel distributes electricity through a network of over 2.2 million kilometers, and with more than 74 million end users is the 1st network operator globally1. The Group brings energy to around 70 million homes and businesses and has the largest global customer base. Enel’s renewables arm Enel Green Power is the world’s largest renewable private player, with around 49 GW of wind, solar, geothermal, and hydropower plants installed in Europe, the Americas, Africa, Asia, and Oceania.