During testing, 180 sensors were used in 30 different measurements to assess the design functions of the Nezzy² turbine 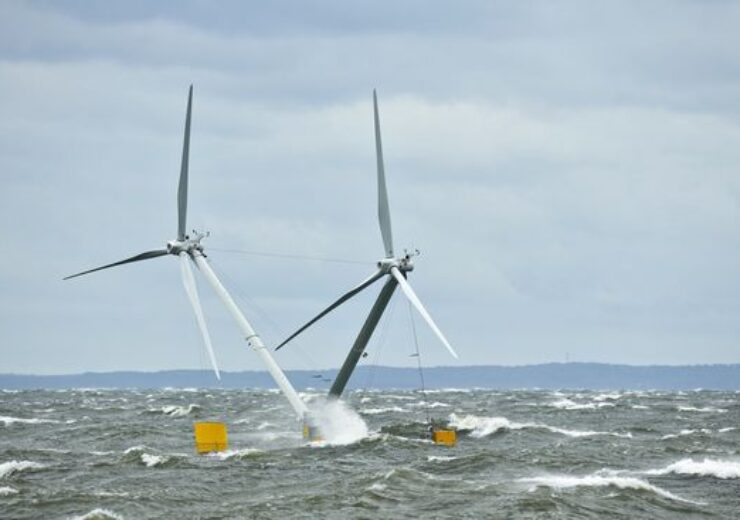 Garmany’s EnBW and Aerodyn have completed two-month testing of its floating wind turbine, named Nezzy², in the Baltic Sea.

Built on a 1:10 scale model, the 18m-tall prototype comprises two wind turbines on a floating platform.

During the testing in the Bay of Greifswald, the firms used 180 sensors in 30 different measurements to assess the design functions of the Nezzy² in different wind directions and speeds.

EnBW said that the Nezzy 2 floating wind turbine even withstood a storm tide in mid-October 2020.

Aerodyn managing director Sönke Siegfriedsen said: “For one and a half days, we were able to observe how Nezzy² remained stable in the water in extreme weather conditions.

“Our tests have shown that our model is now ready to be tested in the sea on a full-size scale.”

The 1:10 scale model completed testing in a flooded gravel pit in Bremerhaven, prior to the test in the Baltic Sea.

EnBW wind and maritime technology head Hannah König said: “We want to use the floating wind turbines ourselves for our international offshore projects. That is why we are really delighted that this technology can now be further developed with our support.”

The firms have dismantled the 1:10 scale model and plan to evaluate the recorded data in the coming weeks.

The findings of the data will be used for the design development of the 1:1 scale model, which is planned to be tested in China by the end of 2021 or in early 2022.

Earlier this year, EnBW said it commenced construction on the 187MW Weesow-Willmersdorf solar farm in Germany.