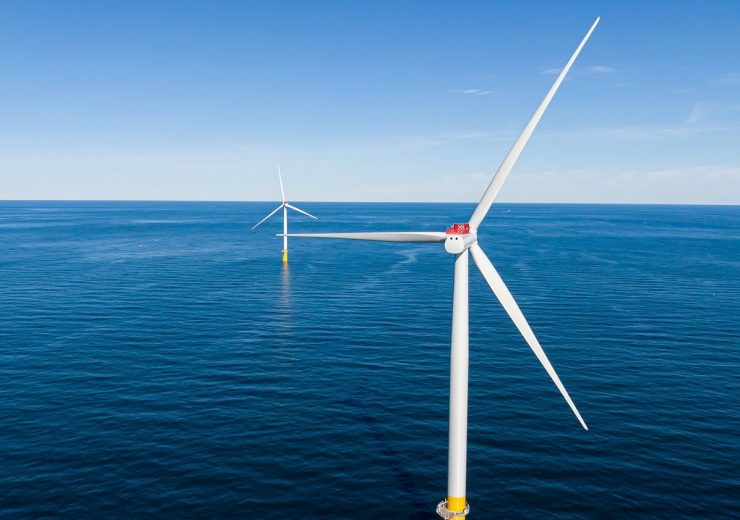 Dominion Energy announced today that the Bureau of Ocean Energy Management (BOEM) will publish in the Federal Register on Friday the Notice of Intent (NOI) for the proposed 2.6-gigawatt Coastal Virginia Offshore Wind (CVOW) commercial project, the largest planned offshore wind farm in the United States.

“The Notice of Intent marks an important regulatory milestone and ensures CVOW remains on schedule to complete construction in 2026, so we can deliver clean, renewable offshore wind energy to Dominion Energy Virginia customers,” said Robert M. Blue, Dominion Energy’s chair, president and chief executive officer. “We look forward to continuing to work with our federal regulators and the public as we move forward with the environmental review process.”

“Virginia is all in on offshore wind. We are developing the infrastructure, workforce, supply chain, and manufacturing capabilities needed to capture the many benefits of this emerging industry,” said Governor Ralph Northam. “This announcement puts our Commonwealth on a path to harnessing the power of wind to produce affordable and reliable renewable energy, create thousands of new jobs, and meet our ambitious climate goals. We are grateful for the federal government’s partnership as we work to advance our clean energy future with this large-scale commercial wind project along Virginia’s coast.”

“Today’s announcement marks another critical milestone in the development of Virginia’s commercial offshore wind project,” said U.S. Sen. Mark R. Warner (D-VA). “With the issuance of the Notice of Intent, we are one step closer to bringing this 2.6-gigawatt commercial offshore wind project online that will deliver clean, renewable energy to hundreds of thousands of Virginians and create thousands of good-paying jobs.”

“I’m thrilled to see this project underway as it’s an exciting step toward a clean energy economy that creates good jobs in the Commonwealth,” said U.S. Senator Tim Kaine (D-VA). “I will keep pushing for clean energy investments in Virginia to boost our economy and build a more sustainable future.”

Dominion Energy filed in December 2020 its Construction and Operations Plan (COP) to build the CVOW commercial project in a 112,800-acre commercial lease area that begins 27 miles off the coast of Virginia Beach and extends an additional 15 miles East in the Atlantic Ocean. The plan calls for 2,640 megawatts of clean, renewable energy to be installed, which will generate enough renewable energy to power up to 660,000 Dominion Energy Virginia customers’ homes at peak output. BOEM’s issuance of the NOI reflects its determination that the COP is complete and ready for the public review process.

Dominion Energy expects to file with the Virginia State Corporation Commission later this year, seeking regulatory approval for the commercial project. This follows the successful completion of the two-turbine, 12-megawatt CVOW pilot wind farm located adjacent to the commercial development, which was the first project to be fully permitted through the BOEM review process and became operational in October 2020.

Similarly, during construction, the CVOW commercial project is estimated to generate nearly $5 million per year in local and state tax revenue which increases to almost $11 million annually once the project is commissioned and operational.