Light oil was first identified in the Frontier 1 at Cole Creek in 1943 by the then operator General Petroleum Corporation, the operating affiliate of Standard Oil of New York (Mobil Oil) 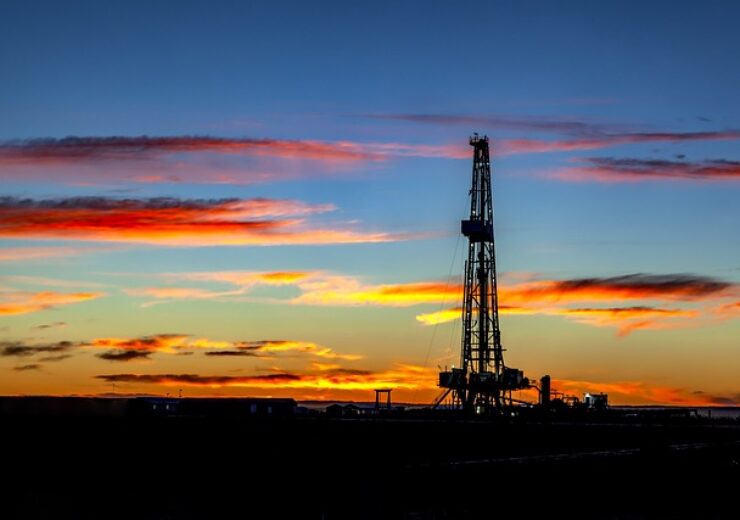 · Well clean-up is continuing with near well-bore damage caused by invasion of significant volumes of light fresh water drilling mud during drilling 10.5 years ago;

· The Company has defined an “Oil Down To” elevation for the Frontier 1 at Cole Creek with an area of approximately 8,000 acres;

· The Frontier 1 recompletion program at Cole Creek will continue with 4-27-35n-77w.

In the last week of December, the Company initiated recompletion operations on the well 11-27-35n-77w to evaluate the light oil potential of the Frontier 1 reservoir sands. Light oil was first identified in the Frontier 1 at Cole Creek in 1943 by the then operator General Petroleum Corporation, the operating affiliate of Standard Oil of New York (Mobil Oil). The 11-27 Frontier 1 completion was the second completion attempt in the Frontier 1 in Cole Creeks history. The first attempt was in 1966 by Mobil and was unsuccessful. All well records available to the Company indicate moderate to severe fluid losses into the Frontier 1 during drilling and cementing operations at Cole Creek, and the areas to the east thus making Frontier 1 completions challenging. This was the case the 11-27 well as well as our 14-30-35n-76w exploration well of 2021.

The lowest of three Frontier 1 sands was perforated with sixty-five feet (65′) of perforations with no subsequent stimulation. Initial fluid recoveries were: black heavy degraded oil, black emulsion, minor brown un-gasified light oil and water. In excess of 800 Bbl. of light fresh water drilling mud was lost into the formation during drilling 10.5 years ago, as well as cement during cementing operations. The well was then put on pump for clean up as it is the most cost-effective method to recover the invaded fluids and the resultant fresh water degraded crude oil from the near well bore area.

Fluid entry from the reservoir has remained constant through pumping at rates between 125-135 Bbls/d. Gasified light oil volumes increased over the last week with increasing oil cuts up to 86% at week’s end, with the well slugging heavy black degraded oil, emulsion and drilling mud periodically at higher water cuts (up to 85%). The proportions of heavy black degraded oil, emulsion and drilling mud are decreasing as the well continues to clean up through pumping operations. COPL has opted to continue with the current process of well clean up rather than a hydrocarbon-based stimulation to remove the degraded oil and emulsion from the near well-bore area. A stimulation of this type would remove the damage, though at a significant cost, monetary and time.

Oil production from the Frontier 1 from the 11-27 well at Cole Creek will have an impact on the Company’s petroleum resources through reclassification of Prospective Resources to Contingent Resources, and ultimately its Reserves as additional producing wells come online.

An “Oil Down To” elevation at the base of the Frontier 1 perforations has been determined. This elevation is approximately 760′ below the crestal elevation of the Cole Creek Anticline. The area within the “Oil Down To” elevation is approximately 8,000 acres with reservoir sand thickness ranging from 50-115′, thinning in the northern area. Approximately 50′ of Frontier 1 sands remain unperforated in the 11-27 well. These sands will be completed when the perforated sands in 11-27 are hydraulically fractured as part of a stimulation campaign on the recompleted wells later this year.

COPL is continuing with its Cole Creek Frontier 1 recompletion program. The second well in the program is 4-27-35n-77w. It is located approximately 0.5 miles northwest of 11-27 with the reservoir sands 230′ higher in elevation. The lower Frontier 1 sand will be perforated with fifty-six feet (56′) of perforations. In common with 11-27, no stimulation of the perforations is planned. Reservoir quality from wire-line logs from 4-27 well appears to be better than the reservoir perforated at 11-27. Operations will commence when services required become available.

Arthur Millholland, President and CEO Commented: “The results from the Frontier 1 11-27 recompletion is a game changer for our Company as the defined oil-bearing reservoir currently covers a large area at Cole Creek with evidence it extends further down dip on the east flank of the anticline. These results have also confirmed our internal evaluation of the Frontier 1 after the drilling and evaluation of our 14-30 exploration well last year. All of the wells with wireline logs from the 1970’s to present have similar petrophysical characteristics within our mapped trends. At Cole Creek we only have 6-7 well bores with sufficient integrity for recompletion and hydraulic fracturing. One of these wells, 12-23-35n-77w had oil flow observed at surface due to reduced mud returns during drilling of the Frontier 1 at an elevation below the “Oil Down To”. We will get to it in time.”

Cole Creek is an asymmetrical anticline approximately 9 miles in axial length with approximately 2,500 feet of structural/stratigraphic closure. Five known conventional oil reservoirs are present at Cole Creek: Lakota, Dakota, Frontier 2, Frontier 1 and the Shannon. COPL holds 100% WI in the Cole Creek Unit lease-hold on all rights below the Shannon. Development of the Dakota and Shannon commenced in 1937 extending to the mid 1950’s. Frontier 2 development through 7 wells commenced 10 to 15 years ago.