The application for the Installation Licence was lodged in November last year and has now been granted by SEMAR to BRN’s subsidiary, Piauí Níquel Metais 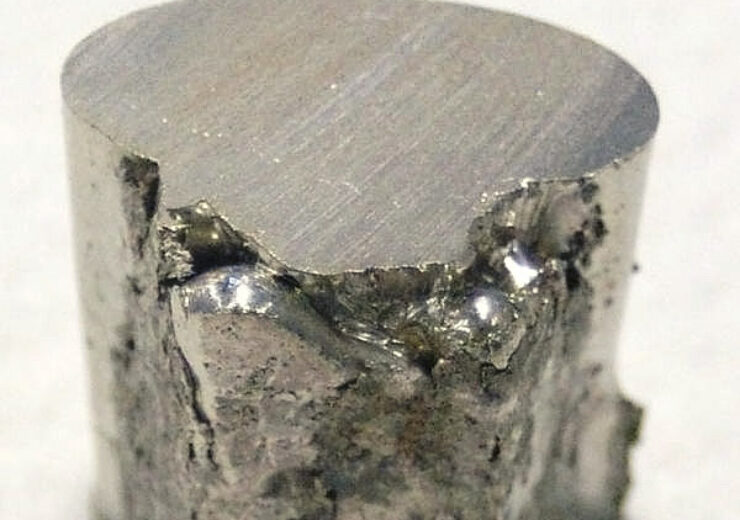 A chunk of nickel. (Credit: Materialscientist/Wikipedia.org)

Mike Oxley, Chief Executive Officer, said; “I am immensely pleased that we have been granted the Installation Licence having submitted it for approval at the end of last year. The PNP1000 will be a true testament to the quality of products we are able to deliver as we build our customer base for the full scale PNP.

“We are also thrilled that this quick route to production will help us to fulfil our stated commitment to providing employment for the local community. We anticipate a construction period of 12 months, occurring in parallel to the BFS work on the full scale PNP.

“It has been a team effort, and I would like to thank the BRN team, PNM’s Manager of Environment, Community and Institutional Relations, Marcelo Rideg, and SEMAR for their efficiency and a job well done.”

The Company intends to achieve a fast -track approach to production at the PNP through the application of the PNP1000 project. BRN will convert the demonstration plant, which successfully demonstrated the recovery of nickel and cobalt from the Piauí ore in 2016 and 2017, into a small scale operation producing c. 1,400 tonnes of nickel and c. 35 tonnes of cobalt per year contained in intermediate products, allowing the Company to take advantage of attractive commodity prices and, importantly, provide early access to revenue.

Following the approval of the LI at the end of January this year, BRN can begin construction activities for the PNP1000 after completion of the final tranche of financing. Initial preparatory activities have commenced at site including the expansion of the existing camp to accommodate the increased workforce and to enable social distancing measures during the Coronavirus Pandemic. Construction is expected to take 12 months with operational start up to be commissioned in the first quarter of next year and production of the first nickel and cobalt hydroxide products in the following quarter.

PNP1000 will utilise the newly granted LI along with existing environmental permits and the same mining method and metallurgical processes as used during the demonstration plant. These methods will also to be used at the subsequent full scale project where the expected ore mining rate will increase from 100,000 to 3 million dry metric tonnes per annum.

Operations from the PNP1000 will provide the Company with a consistency of product volume and quality that will be used to develop the customer base for the full scale PNP.

The smaller scale PNP1000 operation will create a number of jobs for the local community and will allow BRN to continue to train its workforce as it works towards upscaling the plant for commencement of the full scale PNP, and to continuously develop and improve policies, procedures and performance in the areas of occupational health and safety, environment, community relations and corporate governance.

The Operating Licence (Licença de Operação) for the existing demonstration plant was also renewed at the same time as the award of the Installation Licence.