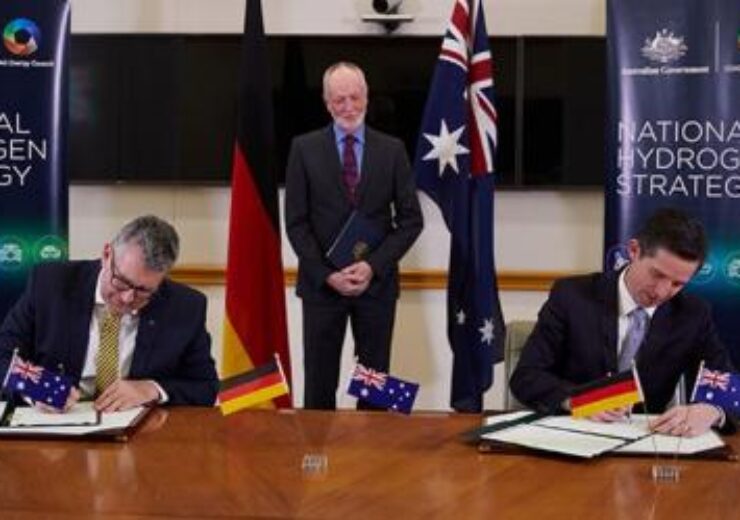 Australia and Germany will work together on renewable hydrogen. (Credit: Department of Industry/Australian Government)

The Australian government has signed an agreement with Germany to assess the supply chain between the two countries and export opportunities on hydrogen produced from renewable energy.

The countries will jointly undertake Hydrogen Supply Chain Feasibility Study into the potential for closer collaboration in the production, storage, transport and use of renewable hydrogen.

Additionally, it will study the current technology and research to help identify barriers for the development of a hydrogen industry.

Australian Minister for Trade, Tourism and Investment Simon Birmingham said: “These kinds of partnerships will be critical to further developing our emerging hydrogen industry and Australia’s future as a powerhouse in clean energy exports.

“Exploring opportunities for future collaboration on commercial scale operations and investments in hydrogen production is vital if Australia is to realise the significant economic benefits and job creation opportunities hydrogen brings.

“This study gets the ball rolling on the development of future hydrogen supply chain with Germany which could lead to billions of dollars in export earnings for Australia and help them meet their future clean energy ambitions.”

Western Australia Regional Development Minister Alannah MacTiernan said: “Germany currently imports up to 70 per cent of its energy, and is eyeing renewable hydrogen for its future energy needs.

“Our Government has already undertaken significant work over the past two years with the German Government and industry to lay the foundations for our fledgling hydrogen industry.”

In May, the Australian Government has announced the launch of new A$300m ($192m) fund to support the growth of the hydrogen industry.