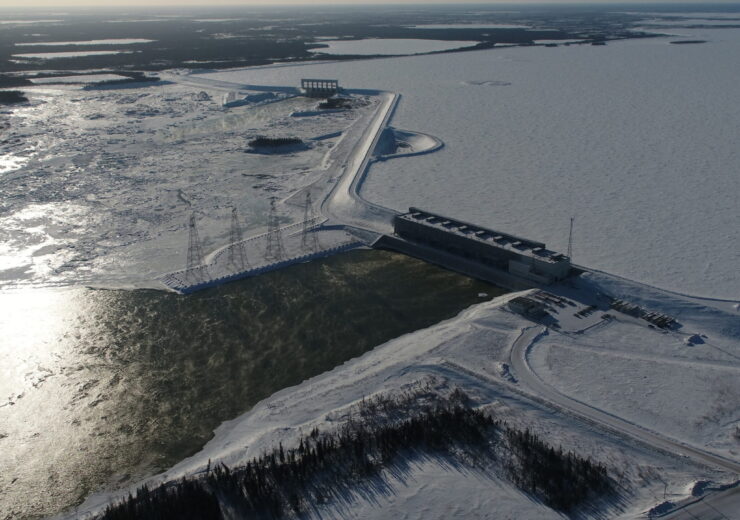 The last of seven units have been placed in service at the Keeyask Generation Project, Canada’s newest hydroelectric power station. This is a major milestone for the project and the Bechtel-led team with Barnard Construction Company and EllisDon. Located in Manitoba, Canada, the project is a critical component to supply 4,400 gigawatt hours each year of clean, safe, and reliable energy, enough electricity to power approximately 400,000 homes.

“Keeyask has created jobs and opportunities for thousands of people since construction began in 2014,” said Dave Bowen, Manitoba Hydro’s director of Project Management.  “As the fourth largest generation station in Manitoba, it will supply reliable, renewable power to our customers’ homes and businesses for decades to come, virtually carbon free.”
The project consists of a seven-unit powerhouse separated from a seven-gate spillway on the south side of Gull Rapids, all connected by three dams across the rapids.  There are 23 km of dykes on the north and south side, with a total reservoir area of approximately 93 sq. km.

The weather, topography, and the pandemic increased the challenges of the project. The power station was designed to harness the energy from the river with a per-cubic-metres-per-second volume twice that of Niagara Falls, at a project site located 10 degrees south of the Arctic Circle. Winter temperatures in the region could dip to below -40º C. Execution of the project was made possible by its committed team, including over 9,000 construction workers over the life of the project, and by employing innovative logistics measures and tools, including placing extreme-cold-weather concrete during the winter months. All sand, rock, and clay needed for the job was mined on site, including for the 334,000 m3 of concrete needed for the spillway and powerhouse structures.

“How we generate electricity is more important than ever before. The Keeyask Generation Project overcame many engineering challenges, balancing difficult construction conditions while abiding by stringent environmental guidelines,” said Kelvin Sims, Bechtel’s Infrastructure general manager, Americas. “This impressive project was possible through ingenuity and tenacity of people that contributed to its completion.”

Keeyask is one of the renewable and clean power projects that Bechtel is supporting to help customers on their path to net-zero emissions. Other projects include the Black Rock wind farm and the Cutlass solar farm in the United States, and floating offshore wind with Hexicon in the United Kingdom.