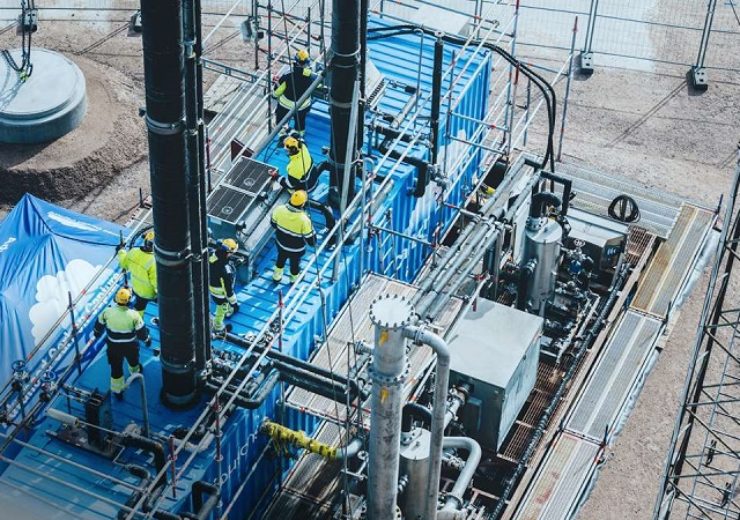 The mobile test unit forms part of Preem CCS’ pilot project, which aims to assess the entire value chain from capture at the refinery to storage of carbon dioxide (CO2).

Aker Solutions said that the Preem CCS’ pilot project would enable more companies to use carbon CCS technology and reduce their CO2 emissions.

Later this year, the mobile test unit is planned to capture carbon from flue gases emitted from Preem’s hydrogen gas plant located in Lysekil on the west coast of Sweden.

Aker Solutions CEO Luis Araujo said: “We are excited to bring our field-proven carbon capture technology to Sweden for the first time.

“Helping operators reduce their carbon footprint is a key part of Aker Solutions’ strategy, and we look forward to working with Preem and the other partners on the Lysekil refinery.”

Full-scale CCS plant expected to be operational by 2025

The project is backed by the funding from the Swedish Energy Agency and the Norwegian research and development programme CLIMIT. The full-scale CCS plant is scheduled to be operational by 2025.

“For Preem, a full-scale CCS plant could initially reduce emissions from our Lysekil refinery by 500,000 metric tons annually, which is close to one-third of the refinery’s total CO2 emissions per year.”