New research has estimated that significant hydropower potential may lie in deglacierising areas, helping to manage the unfolding climate crisis 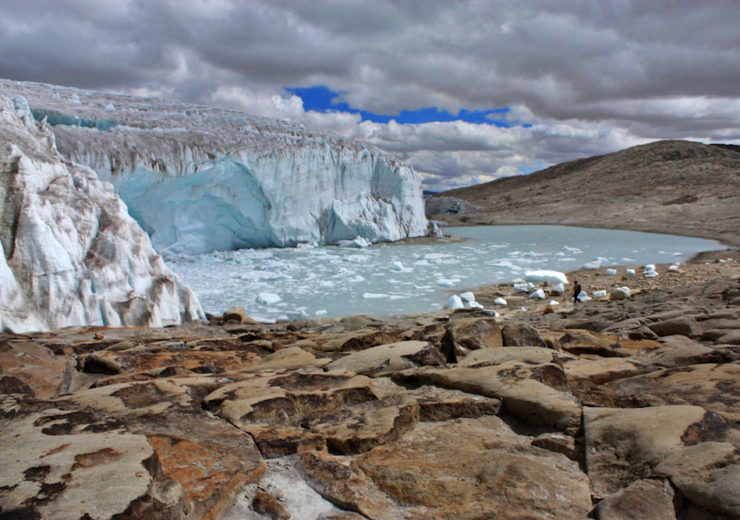 Significant hydropower potential may lie in deglacierising areas, new research has suggested, with the authors stating that while dams cannot replace glaciers, they may be able to help in managing the unfolding climate crisis.

Investment in renewable energy will be crucial to reduce society’s dependence on fossil fuels and decrease global carbon emissions.

Regardless of the magnitude of future actions, past and current rates of emissions have had and continue to have severe impacts on the world’s glaciers. The latter could lose up to 57% of their mass by 2100, a 2019 report by IPCC found. As glaciers retreat, they leave behind sediment deposits and vegetation-less terrain in ice-carved, often U-shaped valleys.

In some cases, large depressions in the bedrock are uncovered; melt water can collect in such depressions and form so-called proglacial lakes. Many such water bodies have materialised in recent years and in some instances, the possibility of using such new lakes for hydropower production has been discussed.

Glaciers can serve as freshwater storage

Glaciers naturally gain and lose mass throughout the year. Mass gain happens through snow accumulation in winter, whilst mass loss occurs in summer though melting. In this way, glaciers serve as a large storage of freshwater, providing water to downstream locations when rainfall is lacking during summer.

As the climate warms and glacier melt increases, so does the streamflow they provide. However, glacier retreat and the corresponding volume loss, is causing the annual water yield to near a maximum in many regions on earth.

A decline of water yields is anticipated for the longer term. In addition to changes in runoff volumes, it is expected that the runoff timing will be altered in future climates as well. Specifically, maximal runoff could occur up to several weeks earlier than it has historically.

Artificial reservoirs could have the potential to mitigate some of these changes by storing water and then releasing it when necessary.

On a worldwide scale, the maximal, theoretical storage volume corresponded to 10% of the existing worldwide volume of artificial lakes, or nearly half of the annual runoff from all glaciers on earth when the Greenland and Antarctic Ice Sheets are excluded. The time at which this volume will be ice-free depends on the future climate evolution.

The study employed three different climate scenarios projecting low, medium, and high greenhouse gas emissions in order to provide a range of possible impacts, and to account for inherent uncertainties in the projections.

This provides an indication for both the time at which the area would be available for water-storage development and for the timeframe over which the basins’ runoff will shift from a glacier-dominated to a snow-dominated regime.

How much hydropower potential can theoretically be exploited?

With an estimate of the maximum potential storage volume and future runoff in the catchment, the question then arises how much hydropower could be theoretically generated with a reservoir of this size and the available runoff.

In each case, a dam was simulated at the present-day glacier terminus (the lowest point of the glacier) and perpendicular to the glacier flow (Figure 1).

The dam orientation and size were adjusted to optimize the lake volume per dam-wall area, thus minimising landscape impacts. The dimensions of existing hydropower structures were taken as a limit for the modeled constructions.

For the world as a whole, the maximum theoretical hydropower potential was estimated to be around 7% of the total global electricity consumption in 2015 and to over a third of the global hydropower production in that same year, as indicated in a recent report by the IEA.

Figure 2 shows the hydropower potential for various countries, as well as the potential as a proportion of the countries’ 2015 electricity consumption. Note that some places such as Greenland or Nepal have a very small consumption, making the share very large. Still, hydropower could contribute significantly to electricity demand in many countries.

Rating the suitability and costs of each site

The suitability of each site was rated using a combined score for environmental, technical, and economic factors – with 0 being the worst and 100 the best score. The considered factors drew on aspects from the Hydropower Sustainability Assessment Protocol.

Within each category of factors, multiple criteria were scored, and the lowest score per category was assigned. The final score was then computed as the average of those values, thus providing a conservative estimate.

When basins were too steep, wide, or flat for a dam to be implemented, the technical score was zero.

Sites were penalised (low score) in the environmental category if they contained any endangered or protected species, and were completely excluded (0 overall score) if they were within UNESCO World Heritage Sites. The latter is among selected indicators defined as “killer-criteria”, meaning that an overall score of 0 was assigned as soon as such a criterion was met.

Using this method, around a third of the total hydropower potential and a quarter of the potential storage was deemed unsuitable.

The majority of the potential with the lower price point was found in High Mountain Asia with a similar total potential when combining Alaska, Arctic Canada, and the Southern Andes.

It should be noted that the recent work presented by Farinotti and colleagues is a first estimate of the hydropower potential that may lie in deglacierising areas. Many approximations were necessary, and the results should therefore be used as an indication of a previously untapped potential rather than as a definite result.

For example, the choice of dam location was obtained by simulating a dam at the existing glacier terminus and was not optimised by shifting the location up- or down-valley. It is likely that such an optimisation would identify an area more conducive to dam building.

Furthermore, in the economic analysis, the costs of production were computed but possible financing mechanisms were not considered. This is particularly important for developing countries which have large hydropower potential but lack the resources for the initial investment.

Another limitation is that no consideration was given to the social perspectives of possible projects, or to populations that may live near the potential dams. Such considerations are clearly necessary if any site was to be considered further.

Although the resistance on the basis of aesthetic aspects may not be particularly strong in high mountain areas away from settlements, legitimate objections might arise when proposing to place man-made constructions into formerly natural habitats.

With their estimates of the hydropower potential, the authors point to key areas in which subsequent analyses could further constrain the impacts of hydropower installations.

The authors note that around 1000 of the ~185,000 considered locations make up 31% of the total hydropower potential. A few strategically placed installations could thus have a large impact.

Site-specific studies might even lead to greater potentials for individual sites, since it is conceivable that a more accurate determination of dam size and placement, or the planning of water diversions, would result in higher estimates.

It is critical to state that the authors are not suggesting to build dams in all of the analysed catchments, but rather give an order of magnitude estimate for the potential of such sites.

They emphasise that building a dam at every glacier is neither feasible, nor desirable, nor sustainable.

While hydropower will likely be a critical component of a future renewable energy plan, care should also be taken to preserve existing and newly-emerging ecosystems, as well as the species that inhabit them.

The mountain slopes on which glaciers have evolved will be barren and ready to be populated by plants and animals when the ice is gone.

Smartly conceived reservoirs in the high mountains, however, might not necessarily be at odds with the new life taking up residence in these areas.

Hydropower installations could help reduce the dependence on fossil fuels for energy production while additionally moderating changes in runoff seasonality.

Dams cannot replace glaciers, but they may help in managing the unfolding climate crisis.