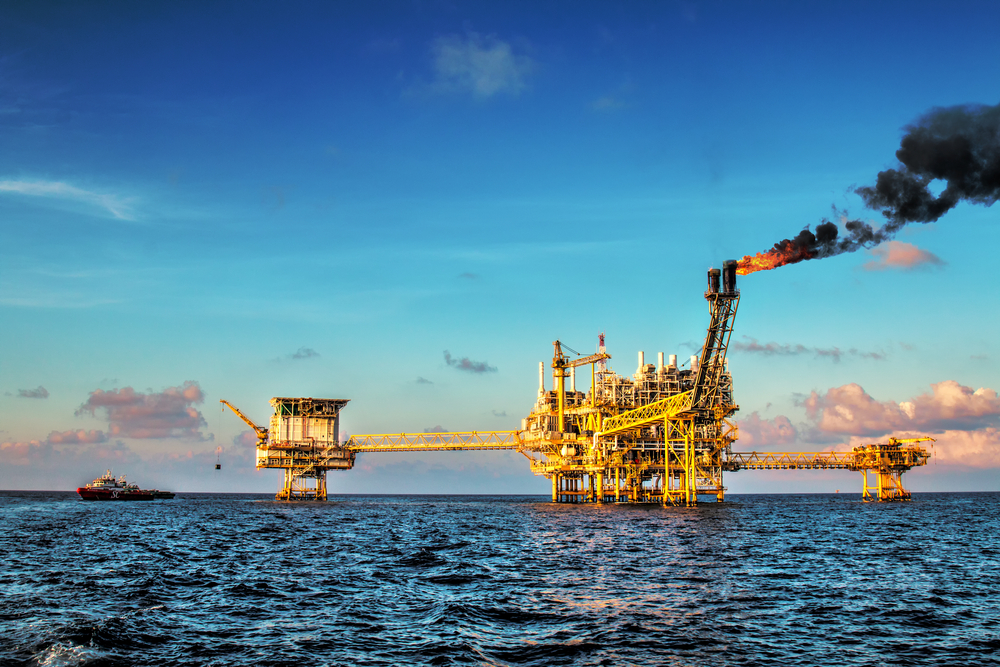 The decrease in carbon dioxide emitted in the basin was significantly driven by emission reductions by operators (Credit: Shutterstock/Xmentoys)

Emissions from the UK Continental Shelf (UKCS) were down by 10% in “challenging” 2020 for the oil and gas industry.

The UK Oil and Gas Authority’s (OGA) latest UK Stewardship Survey of 78 operators revealed that the decrease in carbon dioxide emitted in the basin related to a decline in production, but was significantly driven by emission reductions by operators.

The survey also showed that production efficiency (PE) from the UKCS was sustained at 80%, reaching the OGA’s PE target for the second year running.

“Against the backdrop of a very difficult year, industry did well to maintain positive performance within the basin,” said Scott Robertson, director of operations at the OGA.

“2020 was certainly a unique year for the UKCS and a lot of activity was delayed or deferred during this period due to the impact of the combination of Covid-19 restrictions and low oil and gas prices.

“In the year ahead, it will be important for the industry to maintain this level of performance as activity ramps up, both in traditional oil and gas activity as well as the net zero and energy transition opportunities our basin offers.”

A report by Unearthed, the investigative arm of climate campaigner Greenpeace, revealed that North Sea oil and gas firms emitted as many emissions as a coal plant in 2019 through flaring and venting – the practice of deliberately burning off gas produced together with oil from reservoirs.

While some percentage of the drop in flaring is correlated to production, a significant number of operators reduced their total annual flare, sustaining the decrease throughout 2020.

“Operators have indicated strong commitments to emissions reduction and electrification towards the UK net zero as a whole, first by achieving 10% emissions abatement with efficiencies in power generation and flaring, and then 25% by low-carbon power generation,” said the OGA.

“Plans for electrification being progressed by collaborations between industry groups and all related regulators further highlight the commitment to achieving emissions abatement targets. “With this, low-carbon infrastructure-led exploration is a positive step in the UK energy transition towards a net-zero future.”

The OGA said recent discoveries in the UKCS, particularly in the Central North Sea, have been high in volume, indicating the “quality that the basin still offers” and highlighting the “need for energy transition-conscious exploration”.

Data from its survey shows the basin contains 3.6 billion boe (Bboe) in contingent resources, of which 1.9 Bboe are in existing fields and 1.7 Bboe in new developments.

It revealed that drilling activity in the UKCS took a hit in 2020 with only 8 exploration and appraisal wells drilled.

The OGA said this was the lowest exploration activity over the past eight years, with seven targets drilled resulting in five discoveries and culminating in 212 million boe resources.

There were 61 development wells completed in 2020, 14 less than in 2019. Average well construction spending – an aggregate of drilling and completion costs – increased last year.

The survey showed that the increase in spending was, in part, influenced by the number of high-pressure and high-temperature (HPHT) wells drilled.

But the effects of the pandemic on operations led to a drop in operating expenses across the basin. Average unit operating costs (UOC) for the basin fell to £11.10 ($15.70) per barrel.

Given predictions from the survey data collected, capital expenditure in the basin over the next five years is forecast to drop by £2.9bn ($4.1bn). Covid-19 deferrals and the low oil price are suspected key drivers of immediate reductions in expenditure, according to the OGA.

From the survey, it is estimated that well decommissioning accounts for 45% of total decommissioning expenditure. There are 758 inactive suspended wells in the basin, of which 181 are old exploration and appraisal wells dating back to 1967.

The number of inactive suspended wells are forecast to double in the next five years, presenting an opportunity for decommissioning cost-efficiency driven by commercial transformation.

Recent times have seen between 100 to 150 wells decommissioned each year through individual contracts leading to sporadic decommissioning opportunities.

Because of this, the OGA said well decommissioning is a priority area of focus with the authority encouraging well decommissioning campaigns. It claims campaigning could offer cost savings of up to 30% by sharing mobilisation costs and improving expertise by extending operations of the skilled workforce.