Pinpointing the areas Britain plans to prioritise for government spending over the next 12 months, Chancellor Rishi Sunak said the nation’s future economy requires investment in “green industries” across the country 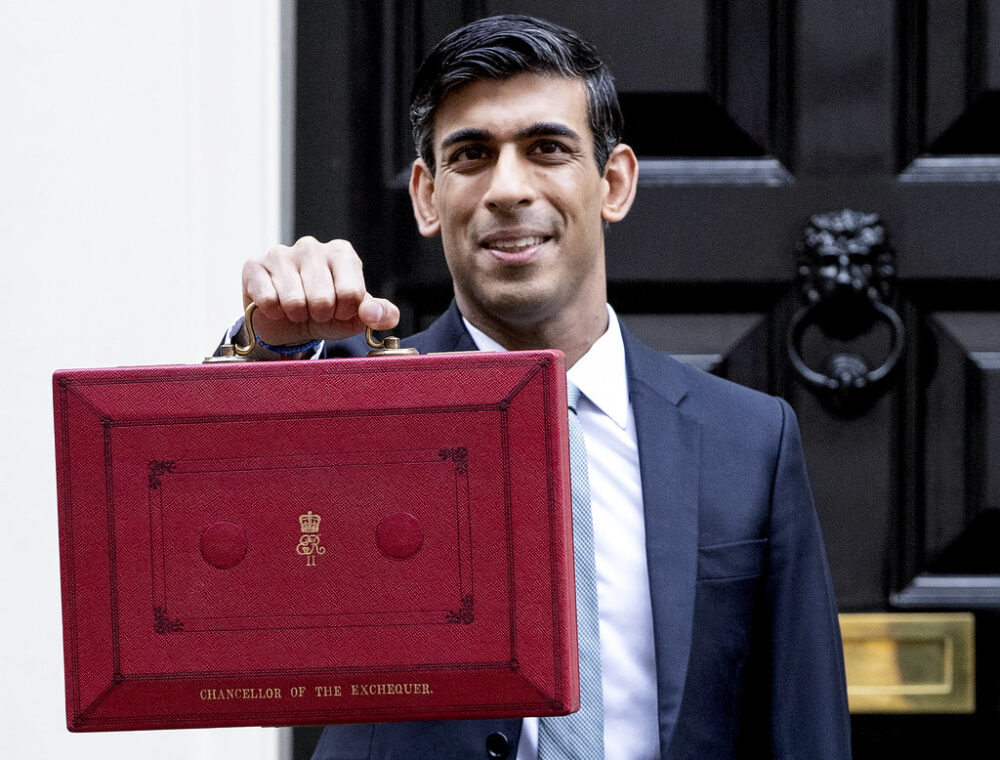 Chancellor Rishi Sunak has announced the eagerly anticipated Budget for 2021 – but what does it mean for the UK energy industry?

Pinpointing the areas Britain plans to prioritise for government spending over the next 12 months in the House of Commons today (3 March), the chancellor said the nation’s future economy requires investment in “green industries” across the country.

Sunak announced that the UK’s first-ever “Green Infrastructure Bank” will open in Leeds, England, and it will invest in public and private projects across Britain to finance Prime Minister Boris Johnson’s 10-point plan for a “green industrial revolution”.

“Beginning this spring, it will have an initial capitalisation of £12bn ($16.7bn) and we expect it to support at least £40bn ($55.6bn) of total investment in infrastructure,” added the chancellor.

What energy commitments are in the UK Budget for 2021?

In its Budget report, the government said it remains committed to growth that is “based on a foundation of sustainability”, as the UK prepares to host the UN’s COP26 climate conference in November and aims to make progress towards reaching its net-zero emissions target by 2050.

To help support the shift to low-carbon technologies, the chancellor announced new port infrastructure will be built to support the next generation of offshore wind projects in Teesside and Humberside in the north of England.

He noted that Britain already has a “global competitive advantage” in the offshore wind industry, as the nation is home to seven of the world’s 10 biggest sites and holds about 35% of the global wind capacity installed.

The Budget also earmarks £20m ($27.8m) to fund a UK-wide competition to develop floating offshore wind demonstrators and help support the government’s aim to generate enough electricity from offshore wind to power every home by 2030.

Sunak confirmed the UK will issue at least £15bn ($20.8bn) in green bonds to help finance the transition to net zero and the government will launch the world’s first sovereign green savings bond for retail investors – providing all British savers with the chance to “support green projects”.

Following increasing pressure from the oil and gas industry, the government has announced it will provide £27m ($37.5m) for the Aberdeen Energy Transition Zone, helping to support North East Scotland play a “leading role” in meeting the nation’s net-zero ambitions.

An additional £5m ($7m) has been set aside for the Global Underwater Hub in Aberdeen, on top of the £1.3m ($1.8m) committed last year, and up to £2m ($2.8m) will go towards further developing industry proposals as part of the government’s support for the North Sea Transition Deal (NSTD).

It said that taken together, these three funding proposals are the first stage in delivering on the NSTD commitment and will support areas like Aberdeen transition to a low-carbon future.

It has put aside £68m ($94.4m) to fund a UK-wide competition to deliver first-of-a-kind long-duration energy storage prototypes that will reduce the cost of net zero by storing excess low-carbon energy over longer periods.

A further £4m ($5.6m) will go towards a biomass feedstocks programme in the UK to identify ways to increase the production of green energy crops and forest products that can be used for energy.

The government said it will also provide £4.8m ($6.7m) to support the development of a hydrogen hub in Holyhead, Wales, which will pilot the creation of hydrogen from renewable energy and its use as a zero-emission fuel in HGVs. This could provide up to 500 jobs.

In responding to the chancellor’s Budget, Labour Party leader Sir Keir Starmer acknowledged that the biggest challenge facing the country is the “climate emergency”.

“The chancellor just talked up his green credentials, but his Budget stops way short of what was needed or what’s happening in other countries,” he added.

“This Budget should have included a major green stimulus – bringing forward billions of pounds of investment to create new jobs and new green infrastructure.”

He said that instead, the government is “trying to build a new coal mine which we now learn might not even work for British steel”.

The proposed development of the Woodhouse Colliery coal mine in Cumbria, England, will be Britain’s first new deep coal mine in 30 years. The government has received widespread condemnation for not blocking the plans after Cumbria County Council first decided to approve the development in March 2019.

“If anything sums up this government’s commitment to a green recovery and jobs of the future, it’s building a coal mine we can’t even use,” said Starmer.

Although the leader of the opposition did welcome the creation of a National Infrastructure Bank, he said that it “would have been better if the government hadn’t sold off the Green Investment Bank in the first place”.

“We also welcome the introduction of green savings bonds,” he added. “I have to say, what a good idea it is to introduce a new set of recovery bonds.

“The trouble is that the scale of what the chancellor announced today is nowhere near ambitious enough.”

Energy UK’s chief executive Emma Pinchbeck welcomed the creation of the National Infrastrastructure Bank, as she believes the nation needs to “unleash billions of pounds of capital investment to drive decarbonisation”.

“In a globally competitive renewables industry, upgrading our port infrastructure to support expansion of offshore wind will help our regional hubs attract jobs and realise the benefits of the energy transition,” she added.

“However, meeting the most ambitious climate change targets of any major economy will require more ambition than was in today’s Budget.”

Pinchbeck believes the UK needs a “concerted, cross-government approach” to deliver on the Prime Minister’s 10-Point-Plan and the Energy White Paper – particularly on how to “make our buildings energy efficient and low carbon”.

She added: “The energy sector is ready to continue reducing emissions, supporting jobs all around the country, and driving economic growth – the question is how the government plans to turn their ambition, and our willingness to invest, into a plan of action.”