Profiling the top five platinum producing countries in the world

Platinum is a precious metal that is part of the six-member family of platinum group metals. Palladium, rhodium, iridium, osmium, and ruthenium are the other members of the group. 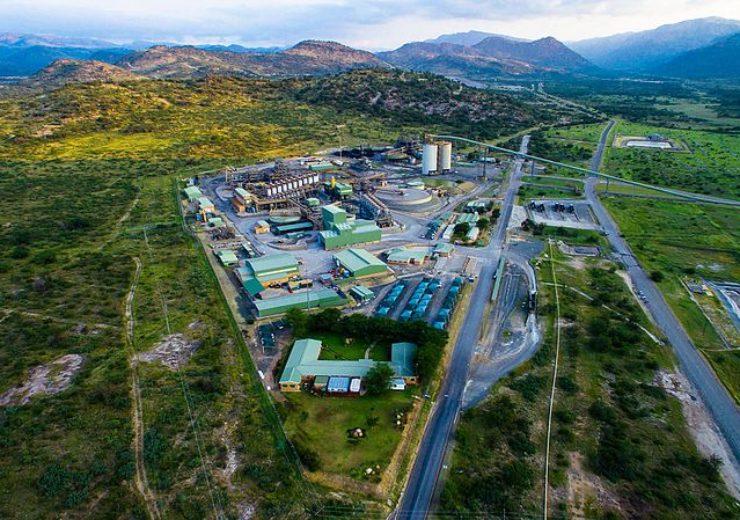 Part of the platinum group metals, the precious metal is widely used across automotive, medical and electronics industries, along with jewellery production and as an investment in the form of coins and bars.

Platinum is usually found alongside other metals, notably palladium and rhodium, in addition to base metals such as copper, nickel, and chrome.

As the metal is rarely found in isolation, a complex series of physical and chemical processes are employed for its extraction, processing and purification.

The African continent has dominated the world’s platinum production over the years with South Africa leading the way.

In 2018, the world’s total production of platinum was 160 metric tonnes (mt), with South Africa being the leading producer of the metal, according to a report published by the US Geological Survey.

However, 2018 saw a decline in platinum production compared with the 199mt in 2017, due to several factors such as low prices for the metal in the market, workforce reduction, and mine-shaft closures.

According to a forecast made by the World Platinum Investment Council, the global platinum demand will see a 9% increase in 2019, with strong investment demand offsetting the decline in demand from automotive and jewellery segments.

Led by increased mining and recycling, the world’s total platinum supply is also expected to increase by 4% in the current year against the figures recorded in 2018.

NS Energy profiles the five biggest platinum producing countries based on their production in 2018.

South Africa is the world’s largest producer of platinum, processing 110mt in 2018. The country’s reserves of platinum group metals (PGMs) stands at 63,000mt.

Owing to various factors such as job losses and mine-shaft closures, the country witnessed a sharp fall in production last year compared to the 143mt recovered in 2017. In August 2018, Impala Platinum, one of the leading platinum miners in the world, announced plans to close five shafts at the Impala Rustenburg mine. A significant decline in the US$ platinum price along with sustained high mining-cost inflation was cited as the reason for the restructuring.

South Africa is home to the Bushveld Complex, which is considered to be the largest resource for PGMs in the world.

Some of the prominent platinum producing mines in the country are the Impala Rustenburg mine, Mogalakwena mine, Marikana mine, Bathopele mine, Khomanani mine, and others.

Russia is the second-largest producer of platinum in the world, with a 2018 production of 21mt. The country’s reserves of PGMs are 3,900mt.

A bulk of Russia’s production of PGMs comes from Norilsk Nickel’s operations, which are primarily based on the Taymyr Peninsula in East Siberia, and those located on the Kola Peninsula.

In 2018, Nornickel entered into a partnership with Russian Platinum to establish a 50:50 joint venture (JV) to develop disseminated ore deposits located in the Norilsk Industrial District. The JV has a target of producing nearly 70-100 tonnes of PGMs annually from Nornickel’s Maslovskoe deposit and Russian Platinum’s South flank of Norilsk-1 and Bokoni Chernogorskoe deposits.

Zimbabwe stands third among the top platinum producing countries in the world, with a production of 14mt in 2018. The African country recorded similar numbers for its platinum production in 2017. Zimbabwe’s reserves of PGMs are 1,200mt.

The country’s major platinum mines are the Mimosa mine, Ngezi mine, and the Unki mine.

The Mimosa mine is located in the Midlands Province and is owned by Mimosa Investments, a JV between Implats and Aquarius Platinum. The Ngezi mine is one of the largest resources of platinum in Southern Africa. This Zimbabwean platinum mine is owned by Zimplats and Impala Platinum.

The Unki mine is located in central Zimbabwe in the Midlands Province. It is owned by Anglo American Platinum.

The country’s production of platinum is expected to grow further with Karo Resources breaking ground on the Karo Platinum project in July 2018 at Mhondoro-Mubaira.

A large-scale, vertically integrated platinum-group metals mining complex is being built as part of the project in the Great Dyke. The Karo Platinum project is estimated to have an annual production of 1.4 millions of ounces (Moz) of PGMs.

Canada takes the fourth spot in the list of global platinum recovery, with a production of 9.5mt last year. A significant part of platinum mined in the North American country is a by-product of nickel mining. The country’s reserves of PGMs are 310mt. Canada exports the majority of its output to the US.

Ontario’s Sudbury Basin hosts a majority of the country’s platinum producing mines.  Raglan nickel mine in  Quebec and the Lac des Iles mine in Western Ontario are the other platinum-producing sites. The country’s River Valley in Alberta is the largest undeveloped primary PGM resource.

In June 2019, Sibanye-Stillwater signed an acquisition agreement with Generation Mining (Gen Mining) for the development of the PGM-copper Marathon project in Canada. The deposit is located 10km north of the town of Marathon, Ontario, and on the eastern margin of the Coldwell Complex, which is a proterozoic layered intrusion.

The proposed project includes three open pits, an ore processing plant, tailings and mine rock storage facilities, and a 7km power transmission line. The mine will have a production capacity of approximately 22,000 tonnes per day.

The US is the fifth largest platinum producer in the world, with a production of 3.6mt in 2018. The country owns two platinum producing mines including the Stillwater Mine, located in Nye, Montana, and the East Boulder Mine, which is located by Big Timber, Montana.

The Stillwater platinum/palladium mine is in the Beartooth Mountains, 130km southwest of Billings, Montana. Production at the Stillwater mine commenced in 1986. Located 20km west of Stillwater, the East Boulder project began commercial production in 2002.

The current mineral reserves estimated to sustain the Stillwater West section until 2044 and that of the East Boulder mine until 2056.

Amplats to sell idled Bokoni platinum mine to ARM for $221m