Accounting for more than 30% of the world’s total oil production, the Americas are one of the leading producers of the commodity 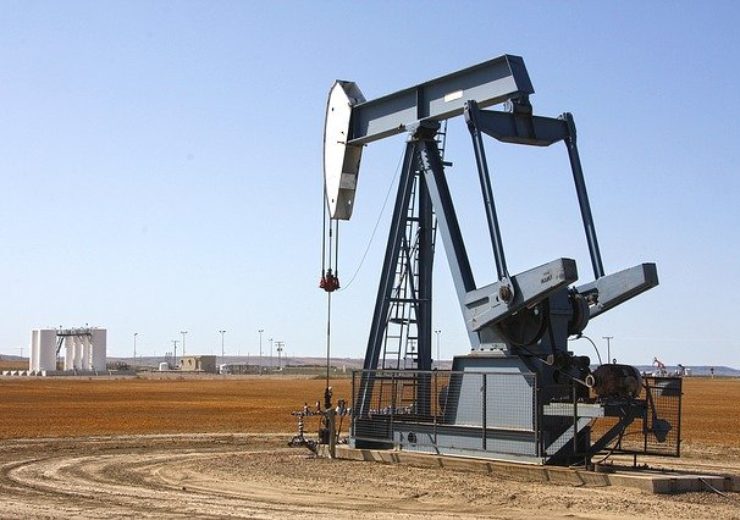 The Americas account for more than 30% of the world’s total oil production (Credit: Pixabay/ptra)

With the Americas supplying more than 30% of the world’s total production of the commodity, its regions command a central role among the world’s top oil-producing countries.

With a production rate of 15.3 million bpd, the US is the leading oil producer in the Americas. The North American nation has proven oil reserves of 61,200 million barrels. ExxonMobil, Chevron and ConocoPhillips are some of the major oil-producing companies in the US.  The country is also the top oil-consuming country in the world. Its daily consumption of oil was 20.45 million barrels in 2018.

Some of the country’s largest oil fields are located in the Western Gulf Basin, the Permian Basin, and the Appalachian Basin. The US is home to the Spraberry/Wolfcamp field, one of the biggest onshore oil fields in the world. Discovered in 1949 — in the Permian Basin, Texas — the field was estimated to contain approximately 50 billion barrels of recoverable oil resources.

Other major US oil fields include the Eagleville, Prudhoe Bay, Briscoe Ranch, the Kuparuk River oil field, the Green Canyon oil fields, and the Wasson field.

Texas, Alaska, California, North Dakota, New Mexico, and Oklahoma are the top oil-producing states in the US.

Canada is the second-biggest producer of oil in the Americas, with a production rate of 5.2 million bpd.

Oil sands deposits in the province of Alberta account for more than 95% of the country’s reserves. The province also holds a considerable amount of its conventional oil reserves. Large oil deposits are also found off the coast of Atlantic Canada.

Alberta accounts for 81.8% of the country’s oil production, while the remaining supply comes from Saskatchewan, Newfoundland and Labrador, British Colombia, and Manitoba.

At the end of 2018, Canada’s proven oil reserves stood at 167,800 million barrels. As the country produces more than it consumes, it is a net exporter of the commodity. Suncor, Canadian Natural Resources Limited, Imperial Oil, Husky, and Cenovus are the country’s largest oil companies. These five are responsible for more than half of the oil production in the country.

Canada’s top oil-producing fields include Judy Creek, Hibernia, Hebron, and Pembina. The country also boasts an extensive 840,000-kilometre network of pipelines transporting crude to domestic and US refineries, according to Natural Resources Canada.

With a production capacity of 2.6 million bpd, Brazil is the third-largest oil-producing country in the Americas. Its total proven oil reserves stand at 13,400 million barrels.

Located in water depths from 2,000m to 5,000m in the Santos Basin, the Lula oil field is one of the world’s most prolific ultra-deepwater oil and gas fields.

State-controlled Petrobras is the dominant player in the country’s oil sector. In 2018, the company started production from four floating production, storage, and offloading vessels, each with a production capacity of 150,000 bpd. It expects to bring more of these online through 2024. Petrobras also operates 12 of the 17 refineries located in Brazil.

Mexico has the fourth biggest oil-producing capacity across the Americas, with a capacity of 2 million bpd. At the end of 2018, the country’s oil reserves stood at 7,700 million barrels.

As a key component of Mexico’s economy, the domestic oil industry contributed to almost 32% of the total revenues earned by the government in 2018.

State-owned petroleum company Pemex is primarily involved in producing crude oil and natural gas in the north-eastern and south-eastern regions of Mexico, and offshore in the Gulf of Mexico.

Located 80km offshore in the Bay of Campeche, Cantarell Field or Cantarell Complex is a supergiant oil field in Mexico.

With a production capacity of 1.5 million bpd, Venezuela is the fifth-largest oil-producing country in the Americas.

Petroleos de Venezuela (PDVSA) is the Venezuelan state-owned oil company. It is involved in exploration, production, refining and exporting of oil as well as exploration and production of natural gas.

Located on the oil-rich Orinoco Belt in Venezuela, the Carabobo 1 oil field is the country’s major field. Believed to contain 31 billion barrels of estimated recoverable oil reserves, production at the field was started in 2013. The Carabobo-1 project involved the development of two production blocks: Carabobo-1 Norte and Carabobo-1 Centro.

The development of the country’s huge reserves has been hindered by the political instability in the country over the past few years.