In 1979 the Pennsylvanian town of Harrisburg became a household name when the Three Mile Island incident saw a brand-new reactor put into long-term monitored storage. Today, the story of TMI still resonates, while the reactor itself won’t be decommissioned for at least another 15 years, writes John C.H. Lindberg FRSA 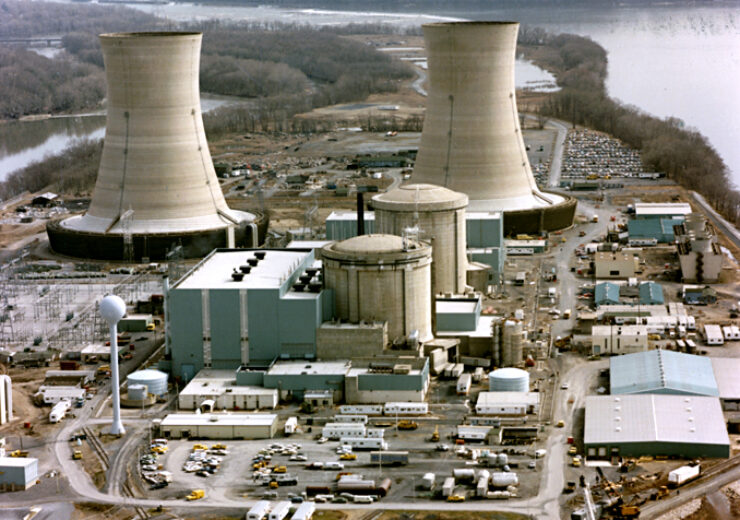 The accident at unit 2 of the Three Mile Island (TMI) Nuclear Generating Station – just south of Harrisburg, Pennsylvania, USA – on 28th March 1979, is to date the most serious nuclear accident involving a commercial reactor in the United States. It resulted in the write-off of TMI-2 after a mere three months of operations.

The meltdown, which was a result of mechanical failures and compounded by human errors, saw a small offsite release of radioactive materials. Nonetheless, the incident caused considerable unease and, in some cases, this rose to full-scale panic. In many ways tensions had already been heightened by the release of the Jane Fonda and Jack Lemmon blockbuster film “The China Syndrome” less than two weeks prior to the accident. And, whilst the accident did not cause any reported health impacts, it did prove to be a showcase example of just how potent radiophobia could be. Indeed, the accident at TMI largely cemented the shift in public sentiment that saw the anti-nuclear headwinds firm up and ultimately helped them turn into a gale.

In an article published in August 1992 (“Putting TMI-2 into storage”) and 13 years after the TMI incident, Mary Wells described to readers of Nuclear Engineering International the long-term plans for the damaged reactor once the initial clean-up and decontamination had been completed. The then-owners, General Public Utilities, made a number of proposals to the US Nuclear Regulatory Commission (NRC). These proposals included plans to place the damaged unit into “monitored storage”. This status would continue until decommissioning would commence following the end of operations on site. Adopting this stance would allow the radioactive elements in the basement of TMI-2 – chiefly Caesium-137, Strontium-90, and Cobalt-60 – to decay and the potential dose to staff reduced. It would also remove the regulatory requirements required for an operating unit, as well as offer synergistic benefits that would come from concurrently decommissioning the two units.

However, before this would be allowed to happen, Wells writes, a number of conditions had to be met: defuelling to the full extent possible, shipment of all the fuel and core debris off-site, removal of water, a reduction of the potential for releases from the site, and major waste from decontamination being shipped off-site. These conditions were met in December of 1993, and the NRC subsequently issued the license that allowed TMI-2 to enter post-defuelling monitored storage.

In the NEI article, it is mentioned that TMI-2 would be kept in storage awaiting the end of operations of TMI-1 to allow for them to be decommissioned together. This reflected the fact that General Public Utilities owned both units. However, this changed in 1998 when Exelon (then Amergen Energy) bought TMI-1. With that unit subsequently closing on 20th September 2019, power generation at Three Mile Island ceased.  However, it was clear that the two units would not be decommissioned together. With EnergySolutions having bought TMI-2 from FirstEnergy in December 2020, EnergySolutions made it clear that they plan on decommissioning TMI-2 now, rather than continuing with the post-defuelling monitoring storage stage. According to the latest reports from the US NRC, TMI-2 is currently estimated to be decommissioned by 2037, just a few years shy of the 60-year anniversary of the accident that incapacitated the essentially brand-new reactor. TMI-1, however, is expected to be decommissioned by 2079. With the decommissioning of TMI-2 on the cards, we enter the final phase of the story that put Harrisburg on the lips of the world all those years ago.